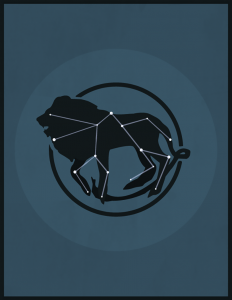 Vavaire is a country of fertile tracts of land, abundant marine resources, and deep mines reaching through the thousands of miles of mountain ranges that run across the kingdom’s untamed wilderness. Vavaire was the first casualty of the Darkest War, and undoubtedly the country hardest hit by the invading hordes of fiends. No survivors escaped Vavaire at the apex of the war, at which point the nation was considered fallen. In truth, the country was placed in a worldfall by the mortal form of the goddess Astea. The worldfall was broken with Astea’s death and subsequent resurrection, and the twenty-four million citizens saved in the worldfall were restored and able to live normal lives once again. Vavaire is now under the leadership of the rightful heir, Ravenne zi’Stardragon, who has been attempting to rectify the damaged reputation left in Emperor Aliskar’s wake. Vavaire worships the Astrian pantheon and is known for her extensive Zodiac reverence, as the kingdom is the birthplace of the sigils themselves. The oldest and longest noble lines of Asarus reside in Vavaire, as well as unrivaled equestrian bloodlines. Vavaire is home to the Pegasus Knights and the world’s only known pegasus breeding program. The kingdom’s restoration has grabbed the attention of CORE, who has been investing in the nation heavily in the hope of establishing the risen country as a base of power. The nation is poised to become the strongest in all of Vathis if she can consolidate her resources and push forward to a new beginning. Despite having fallen to the darkest of depths, Vavaire is a kingdom that is rising once again.

Despite enduring the brunt of the Shattered Hand in the Darkest War and being torn apart by internal strife, the people of Vavaire continue to retain the free spirit, friendly nature, and hunger to learn that their forbearers possessed.

Vavaire is a nation of people who enjoys the presence of new experiences and people with an accepting nature capable of turning any invader into a brother. Over the course of history foreigners have found it difficult to oppress a populace who would offer to share their last loaf of bread with an enemy. Most Vavairen are extremely patriotic and agree that Vavaire is by far the greatest country on Vathis, and they attest to this time and time again. They are welcoming towards outsiders, particuraly those who wish to share their country with them, but they are fearful of those who would wish Vavaire harm. Their loyalty to their country is nearly unmatched, save for perhaps the Trisviets of the Trisviet Union.

The Vavairen hunger to explore the world and discover its truths.

Education plays an extremely important role in the day-to-day lives of the average populace, and Vavaire was one of the first nations to initiate an institutionalized education system. Every city has a local school and many larger cities have built universities for the purpose of higher study. Harmony University, located in Valiance, attracts countless learned individuals to Vavaire, and it is the oldest official university in the world. While other kingdoms hold Starcalled individuals and family in some sort of esteem, Vavaire takes their reverence of the sigiled to an entirely new level. The Zodiac Ring itself resides in southern Vavaire and the kingdom’s population sees more Starcallings than any other nation in the world. Large portions of Vavairen holdings are controlled by Starcalled families, and these families are held in the highest honor by average citizens. The kingdom’s royal family is denoted by their lineage of Starcalled, and the Vavairen banner itself is a depiction of the Lord Sigil that the Stardragon’s bear.

Vavairen holdings are large swaths of land which experience a variety of climates.

The bulk of the kingdom is temperate and receives a significant amount of rainfall, which tends to be beneficial for the nation’s various agricultural ventures. The kingdom’s southern reaches stretching to the clear ocean are inherently warm and wet, and the shores of the Anglyis Sea are endless miles of pristine blue broken only by high, rocky cliffs. Deep woods and imposing mountains flank the kingdom’s southwest, and the Frostfire Mountains rise to guard Vavaire’s north. The Frostfire Mountains occasionally spew forth volcanic ash and debris, but the hardy Vavairen people are clever and utilize the material in their concrete. Vavaire claims domain over two areas beyond the kingdom’s main borders: Corsica and the Shardlands. The northeastern isle of Corsica, which remains in Vavairen control, experiences wet summer seasons warmed by the Solar Sea and ample snowfall in winter months. The Shardlands, however, are no longer truly under Vavairen control. Peppered with deep eldria deposits from Operation Eldric Crash, the Shardlands have become home to all manner of strange eldric creatures, including the intelligent eldrilyths who have settled large territories for themselves. This region is too dangerous to settle by normal means, and with a heavy heart the crown has begun erecting an enormous wall of Vavairen concrete to the east of Silverwalls to prevent the eldric creatures from posing a threat to Vavaire’s people.