The Vath Pantheon – Faiths of Vathis

There are five major pantheons in the world of Zodiac Empires.

Followers of these pantheons all worship the same set of Deities and energies, but they disagree on the depiction of their beloved gods. Tensions between followers ebb and wane depending on one’s location and political climate, but the worst conflict wrought by religious differences happened during the Darkest War when Astrian worshippers were rounded up by the thousands and experimented on. The noir race are a result of these heinous experiments. The five pantheons worshipped by the peoples of Vathis are the Vath, Astrian, Manara, Huetlachtan, and Shenami pantheons. 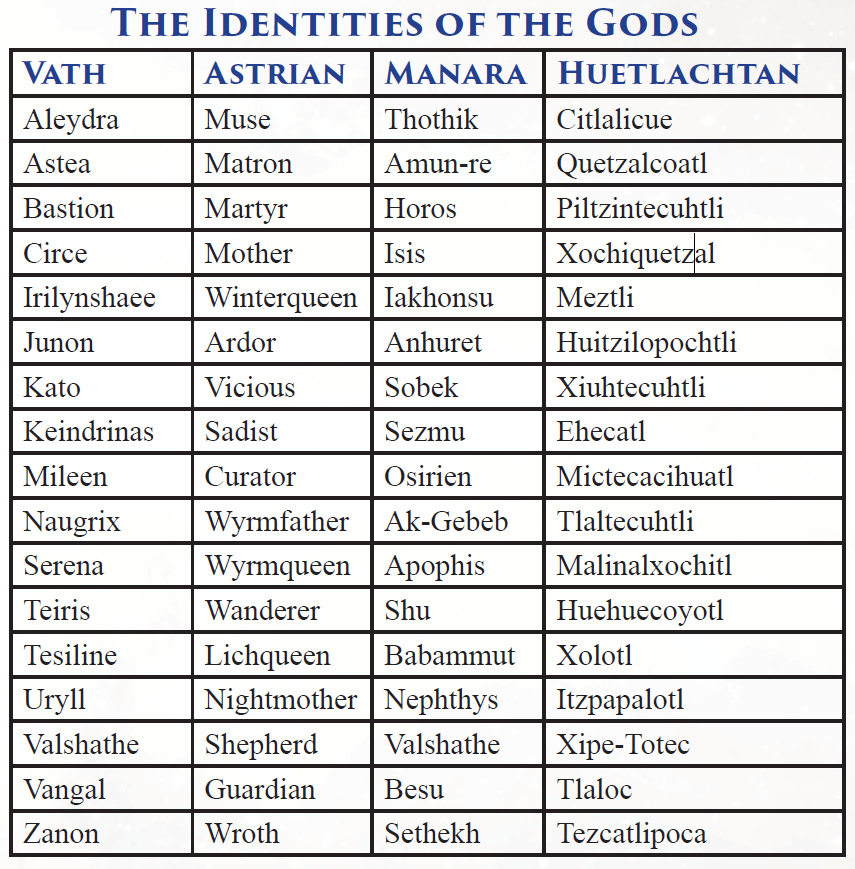 The primary pantheon is the Vath pantheon. Depictions of the gods in these forms, thought by Vath worshippers to be the true forms of the Deities, are found in a variety of nations.

The good Deities are known in the Vath pantheon by the names of Astea, Bastion, Circe, Irilynshaee, Valshathe, and Vangal. The neutral gods are Aleydra, Junon, Mileen, Naugrix, and Teiris, and the evil Deities are Kato, Keindrinas, Serena, Tesiline, Uryll, and Zanon. The head Deities of the three tiers of divinity are Astea, Aleydra, and Zanon. As the primary pantheon found in the world of Vathis, these names are universally known and understood.