The Royal Pegasus of Vavaire 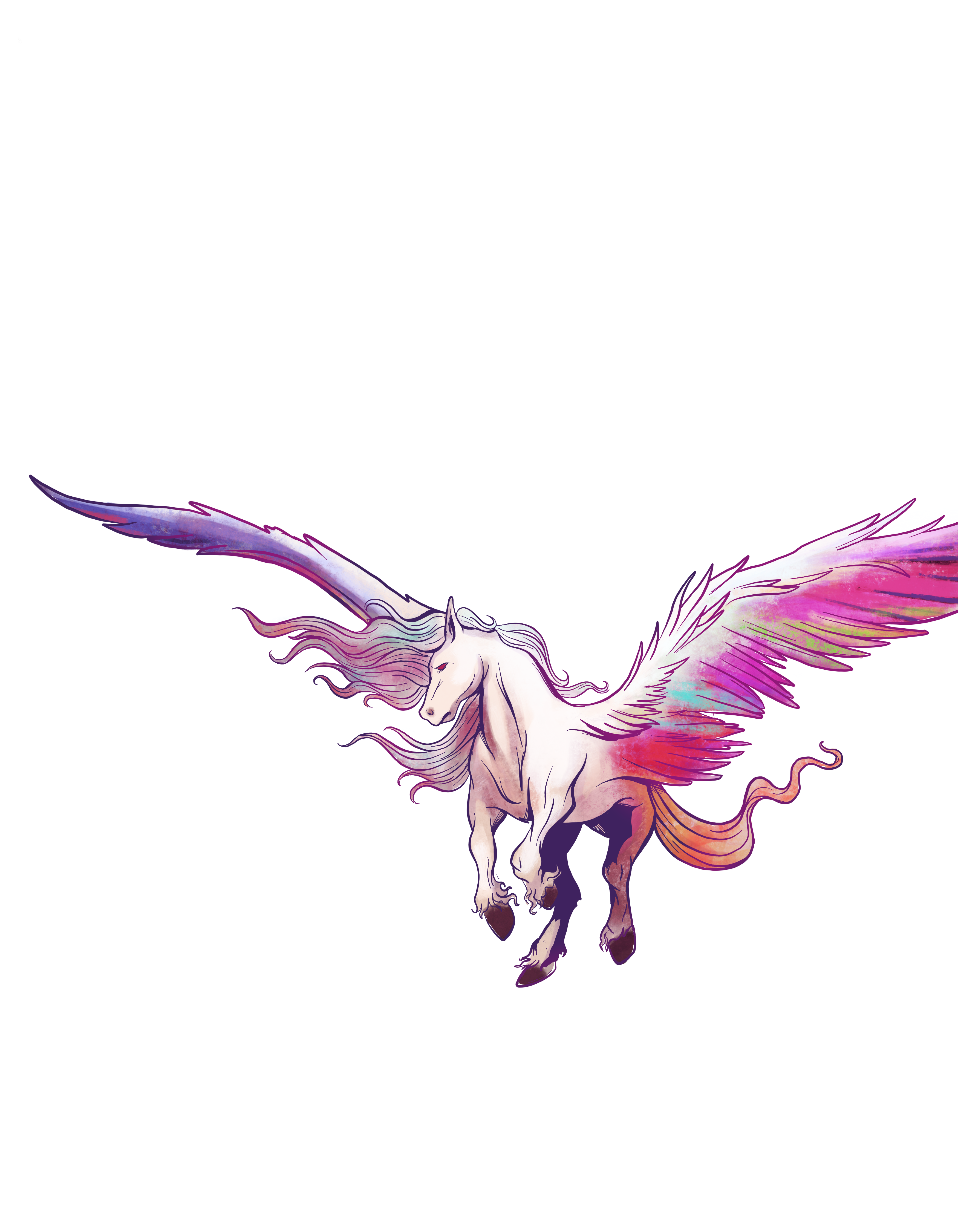 Royal Pegasi are intelligent winged horses. At present, they are mainly found in the nation of Vavaire, and are typically only ridden by the world-renowned Pegasus Knights.

The purchase of a pegasi by a third party is not approved unless there is an established bond between the animal and potential rider. Pegasus breeding is a heavily regulated industry in the post-war world, and as such, one must travel to the capital of Vavaire to even have a chance at acquiring one. They are an extremely rare sight in the wild, but are sometimes found deep within temperate forests, living solitary or in small herds. Their wild population is believed to have been all but extinguished in the turmoil of the Darkest War.

At first glance, the majestic royal pegasus looks like a pure white horse, but they are quickly distinguished by the multicolor feathery bird-like wings that sprout from their backs.

These wings jut outwards from just below the shoulder blade. Their large eyes are dark and glassy and display clear intelligence and understanding. The physiology of the pegasus is similar to that of their equine cousins, horses and unicorns, but pegasus are unique in that they lay eggs instead of giving birth to live young. Pegasus eggs are extremely rare, and many a poacher would be thrilled to find one. Due to the innate intelligence of the pegasi, stealing an egg or forcing a vulnerable pegasus into service is akin to enslavement, and is punished harshly when discovered.

Though they are usually shy and withdrawn when found in the wild, royal pegasi in Vavaire are bred to be brave and confident.

These expertly-trained mounts are not afraid of combat. Overall, the pegasi are a good judge of character, and their riders know to trust their instincts and first impressions of others. Riding one requires a bit of training as well, as a pegasus can only be properly mounted with a particular style of saddle that accommodates their vast wingspans.

The Pegasus Knights are an elite fighting organization and a symbol of Vavaire’s awe-inspiring power.

They are one of the nation’s first respondents in combat. Though they were nearly destroyed during the Darkest War, Empress Ravenne revived the organization and made pegasus breeding a national priority in the post-war restoration effort. After relentless searching, enough lost eggs and riders were recovered to reinstate the Pegasus Knights. A half dozen or so of these elite soldiers can be found in nearly every city in Vavaire, and the main host of the organization is housed in Valiance, the capital of Vavaire, awaiting dispatch. The continuation of the pegasi can be credited to Empress Ravenne, and more directly, the Pegasus Knights themselves. It is believed that they alone saved this beautiful creature from extinction.