The Pegasus Knights of Vavaire 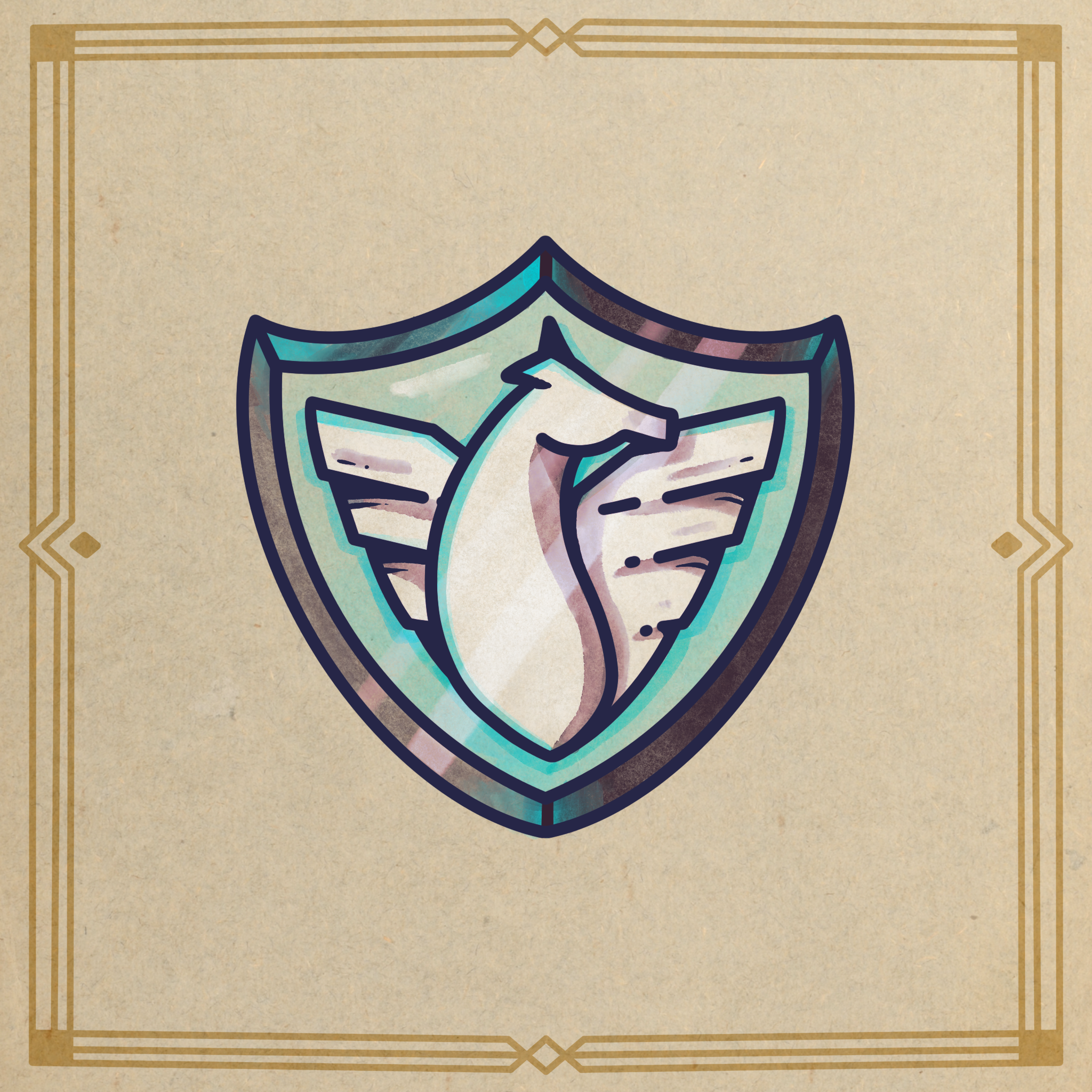 Symbol: Pegasus silhouette on a shield

History: The history of the Pegasus Knights dates back hundreds of years to the Age of Legacy. During this time, the royal pegasi were facing dwindling numbers from the threats of a more savage world. The Stardragon family offered them refuge during the early years of Vavaire’s expansion. Seeing their potential, the Stardragons felt the pegasi were special and thought that if they were paired with well-trained knights they could become a nearly unstoppable force. Thus, the Pegasus Knights were born in the late years of the Age of Legacy and into the early years of the Age of Ascent. From their beginning until now, the main goal of the Pegasus Knights is to protect Vavaire and prevent its extinction.

The Pegasus Knights continued their job and served their nation well until the hellish battles of the Darkest War. During the Darkest War, Pegasus Knights fought on the front lines as first responders and shock troops to stifle the onslaught of vastborn. Unfortunately, many knights, pegasi, and pegasi clutches were lost, so many in fact, that at one point it was thought that the entire force had been annihilated.

In the years since the Darkest War, the Peagsus Knights’ numbers have been increasing slowly but steadily. The slow increase is due to the amount of training that is required for both knights and pegasi. Currently, each city in Vavaire is a host to at minimum a half a dozen knights with contingents in Valiance and a few other larger cities in Vavaire. Pegasi are safely raised in Sanctuary, Vavaire, and after they are trained they are moved to Valiance. Knights who have been trained and have proven themselves must travel to Valiance upon promotion to Sergeant to bond with their future pegasus. Pegasus Knights are expected to make a full recovery over the next ten years and citizens can be reassured that they are being watched over from the skies of Vavaire.

Goals: The Pegasus Knight’s primary ambition is the protection of their charges and ensuring the continuance of Vavaire. Pegasus Knights can often be seen scouting areas of frontier holdings of Vavaire, strafing the Gilded Road that runs through Vavaire, and seeking out and destroying any threats to Vavaire’s continuance. In addition, a significant portion of their efforts is focused on discovering potential talent within the recruits of Vavaire, both from inside the existing military and from accomplished individuals throughout the cities of Vavaire.

Valiance, Vavaire – Valiance functions as the dominant headquarters for the Pegasus Knights. Valiance’s centralized location in northern Vavaire lends itself well to act as both a staging ground for dealing with threats and as an administrative entity for the organization as a whole.

Phoenix, Vavaire – Phoenix has recently risen in recent years to be a secondary headquarters for the Pegasus Knights. Its close relative position to the frontier to the west and Whiterose to the east give strategic benefits to keeping a close eye on both locations. Recent events within Phoenix have forced the Pegasus Knights to increase their numbers here significantly.

Sanctuary, Vavaire – Sanctuary’s isolated location on the northern Corsica Isle served a significant role in relocating and protecting the vulnerable Royal Pegasi during the Darkest War. In their original home in central Vavaire, the pegasi were at risk of both being discovered and assaulted by the Shattered Hand due to their strategic significance to Vavaire. The city now operates as the primary homelands for the pegasi, allowing them to breed, train, and roam freely throughout the northern isle.

Membership: Pegasus Knights are an elite force of peacekeepers and warriors of Vavaire. Membership can be broken into two phases: training and partnership.

Training: Initiates have a probationary period of a minimum of one year where they have the rank of Private. Privates go through many classes and training ranging from pegasus care to battle tactics. After a Private has successfully completed training they are promoted to Corporal. Corporals are assigned to a Pegasus Knights outpost and it’s here that the real work begins. There is a mix of office and fieldwork at this stage. After a successful year of being a Corporal, knights become eligible for a promotion to Sergeant.

Partnership: Upon receiving the rank of Sergeant, a Pegasus Knight is temporarily relocated to Valiance where they meet pegasi that have also been trained and are ready to be partnered. Becoming partnered is not an easy process and can be considerably lengthy as the pegasus must imprint with a chosen rider, and this imprint is permanent. While it is rare, those who are not bonded with a Pegasus are reassigned and generally maintain clerk jobs in various Pegasus Knight holdings until such a time they make attempt to create a new partnership. After a successful matching of knight and pegasus, the duo is reassigned to a permanent city and begins patrolling the skies together ensuring Vavaire’s safety and ensuring the continuance of the great nation.

Requirements: You must be a citizen of Vavaire and have a clean or pardoned criminal record. After being accepted into the training program, you must complete, at minimum, a year of training under the guidance of an officer of the Pegasus Knights.

Benefits: There are many benefits to be gained by becoming a Pegasus Knight. Knights and their pegasus companion are highly respected citizens of Vavaire with acknowledgment ranging from citizens to being highly regarded by the royal family of Vavaire. This is a job of high risk and Pegasus Knights are compensated appropriately, earning salaries higher than most other military organizations in the nation. Cities with larger numbers of knights offer housing for knights, their families, and pegasi. These types of Pegasus Knight facilities can be found in Valiance, Phoenix, and Sanctuary, with many other cities having similar holdings. While these are all wonderful benefits, if you ask any knight they will say the biggest perk of the job is to gain the lifelong companionship of an intelligent and loyal royal pegasus, capable of taking to the skies at a moment’s notice.

To check out the Pegasus Knight 5e Background, or other awesome 5e content, please head on over to our…