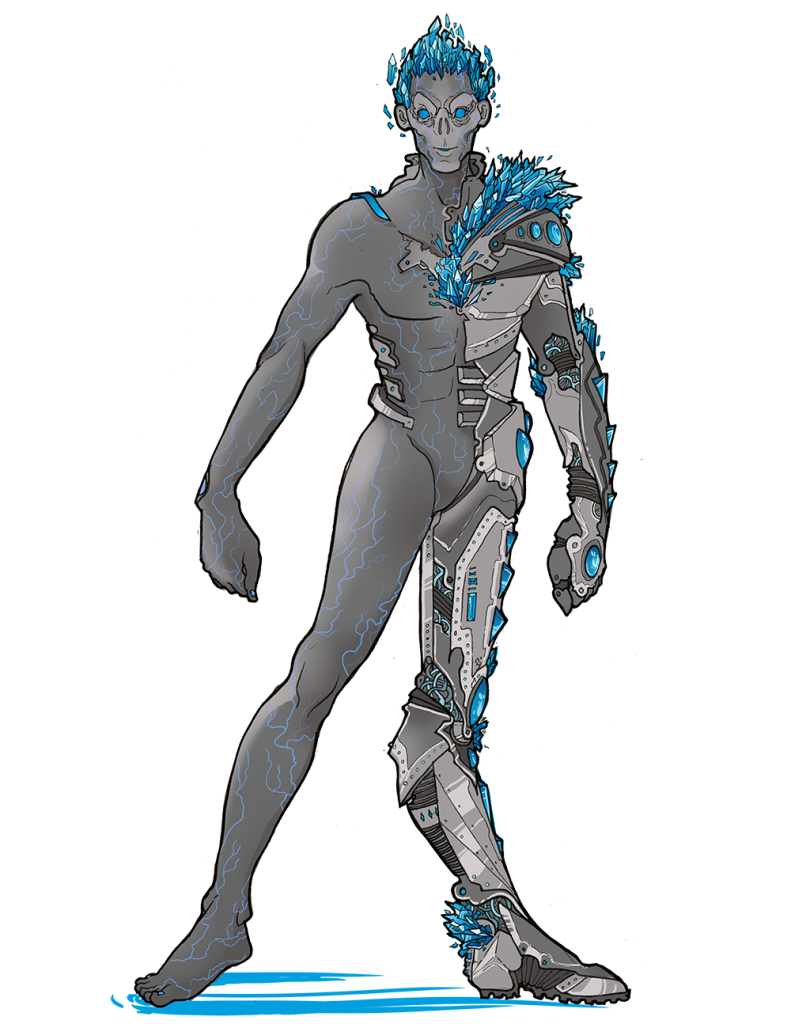 Centuries ago during the founding of Valiance and the establishment of the nation of Vavaire, one hundred thousand idera were discovered in a comatose state beneath the city.

The ildera that were discovered possessed basic knowledge and functional motor skills, but were completely devoid of any internal culture and were completely naïve of the world they awoke in. Vavaire immediately conscripted and utilized the ildera as no more than a labor force. In turn, ildera assisted in speeding forth the expansion of Vavaire, constructed her cities, and performed manual tasks the nation over. During this time, they were an enigma, their creation process completely unknown, knowledge even the ildera didn’t possess.

Ildera as a race, are unable to sexually propagate, though they may assume whatever gender they feel most comfortable with.

Ildera are not unknown to form lasting bonds between themselves and sometimes other races, even if they are unable to partake in physical gratification. Often enough, however, ildera choose to ignore that side of their lives and instead focus on creating lasting friendships and partnerships by other means.

It wasn’t until the the discovery of the Eldric Reactor system and the introduction of eldria in the modern age that the truth behind their creation became known.

Once mastered, the numbers of ildera across the continent swelled immensely, reaching over a million individuals during the First Empire Wars. Ildera served many roles throughout this time, almost always in roles of manual labor. In the wake of the First Empire Wars the Council of Vathis decreed their indentured servitude to be illegal, granting freedom to millions of ildera across Asarus. In the decades since, they have rapidly embraced their newfound independence and have begun working in all of the sectors of the continent. Afforded the same rights as all other humanoids in the world, ildera have prospered and their creation became something regulated by the Council of Vathis in the years following the First Empire Wars. Some ildera, such as Constantine zi’Vanguard, have taken up leadership roles in various ventures, and with their ageless bodies have garnered quite a bit of notoriety throughout the world.

The Second Empire Wars brought forth the Shattered Hand and with Operation Eldric Crash, the Eldric Reactors that once gave birth to the race were believed to be shattered and destroyed throughout continent. But the creation of the Shardlands and the rapid development of natural eldria domains in the area have been discovered to be able to naturally create ildera.

This, in turn, begs a number of questions, but the first and foremost: which nation does a natural ildera claim citizenship?

The answer is something the Council of Vathis deliberated for quite some time but eventually came to a resolution. A natural ildera born in a uncontrolled eldria domain is granted the citizenship status of a Vathis citizen and is afforded the protections inherent within. After a time, the ildera may choose to swear allegiance to a single nation, and thus gains its citizenship as well, but the ildera alone can make that choice and it cannot be forced upon them. This has ruffled quite a few feathers, particularly from the One Hundred and Seventeen Sky Dragons, who forsake the Council of Vathis and its decisions.

To view the updated 5e stats for Ildera, feel free to head to our….