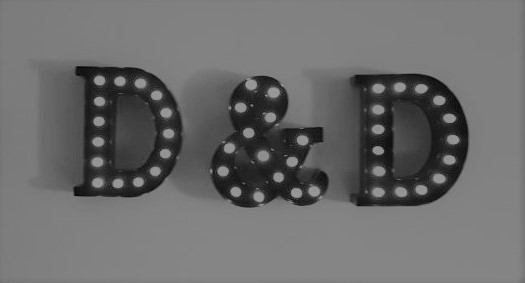 Everyone remembers their first time making a character. An empty character sheet is placed in front of you for whatever edition of whatever game your group is playing at the time. You think, “What have I gotten myself into, I just wanted to roll dice and pretend to fight dragons”. Maybe you had a friend there to help you, or maybe you were on your own, deciphering this strange tome you borrowed or bought just to play this game. No matter what the situation, you were flooded with classes, skills, feats, attributes, spells, and equipment. Your head was spinning, trying to decipher what everything meant, how modifiers were calculated and what attack of opportunity meant. Despite the initial bombardment and overload as you progressed through the process something magical happened. In your mind something woke up. Another presence took shape. This character transcended the numbers and words on the paper and had a distinct look and personality in your head. You pictured them going on grand adventures, fighting hordes of foes with their allies by their side and becoming the stuff of legends. Maybe they were just for a one shot. Maybe they were built all wrong and were going to be a bigger hindrance to your party than a help. Maybe you straight up never got to actually play them. Whatever the case, no one ever forgets their first character.

Character creation, or even learning about a premade character, is any given player’s first experience when entering the tabletop RPG hobby. For a lot of people this moment is intimidating or even overwhelming, especially if you come from a much lighter gaming background. Even for veteran video gamers or board gamers there are some major hurdles one has to overcome to get past dissecting your character sheet. If you’re dealing with a first time gamer it’s always a good idea to help them understand a few key things about their character, their character sheet and roleplaying games in general.

1) Your character is more than the numbers on the paper.

While character sheets are incredibly useful tools and have everything you typically need to know to play the game on them, there’s more to roleplaying games than math and dice. Your character is just that: a character. They are a person or being in a story that acts feels and experiences hardships within the story. It is up to you, as the player, to bridge the gap between what this imaginary person is doing and feeling and what is written on the sheet. This is the roleplaying aspect of the roleplaying game.

One of the most beautiful things about roleplaying games is the sense of improv. Even the most stringent and by the book GMs will occasionally bend the rules for something that just makes sense in their games. I personally always encourage my players to try things out that make sense to them and aren’t explicitly in the rules. If you want to forgo attacking with your sword to throw peanuts at the ogre just in case it has a peanut allergy and you think it’ll turn the tide, then who am I to stop you?

3) There are no wrong choices in a roleplaying game.

A new player should never be told “You shouldn’t do that, do this instead”. Inversely, a veteran player should never tell a new player “You have to do this, what you’re doing isn’t as effective”. Some of the most fun things about roleplaying games are learning how everything works. The first time I cast magic missile and didn’t have to look up 1d4+1 force damage I started feeling like an actual wizard. Let new players experiment and learn all the nuances to roleplaying games that us experienced players take for granted. Who knows, sometimes a new perspective can open up new strategies or put value on abilities that you once thought were useless.

4) There are lots of ways to roleplay correctly.

While a lot of popular streamed or podcasted roleplaying groups will engage each other using character voices and elements of acting, this doesn’t mean you have to do the same. Not everyone is an actor and that’s okay. If you’re into voices and becoming your character then you do you. If you’re not as comfortable doing that type of thing there are other ways to roleplay. That’s sometimes half the fun. Being able to say “my character says some smooth lines to convince the guards to let us in no problem” and rolling for it are the reason that social skills and the like exist. It lets you live out and play the role of someone who is potentially better at persuasion than you are. Using the simple tactic of just saying what your character is doing or how they respond physically or in a broad sense is oftentimes the easiest way to start out. From my experience this often leads to you knowing your character better and eventually being able to speak as them when you need to because you start to understand them more.

5) Just because your group plays one way, doesn’t mean it’s the only way to play.

Your first roleplaying group is often as important as your first character. What you might expect and what you might get can be largely variable. In most cases your first group is a group of friends that you’ve known outside of the game and you generally share some interests. However some groups can form through acquaintances and really meet for the first time at the roleplaying table. If you play with a group and your first experience with roleplaying game isn’t what you expected, don’t lose hope. There’s tons of ways to play roleplaying games and there’s a good chance you and your group just don’t mesh with playstyles. Some groups are more rules focused. Some groups are all about combat. Some groups can go weeks without actually rolling dice because the story and social aspect is what matters for them. Whatever the case may be, determining what you want from the game can be important to actually enjoying the game with a group with the same wants and feelings.

These five pieces of advice are my go to list for people who are new to the hobby. I think that overcoming a few simple hurdles and knowing what to expect can allow people to easily get into the hobby and grow the tabletop community as a whole, something I personally love to see. So this is my call to get out there and help your new players. Bring more people into the fold of roleplaying games. Make more stories together. Help grow the greatest hobby out there.