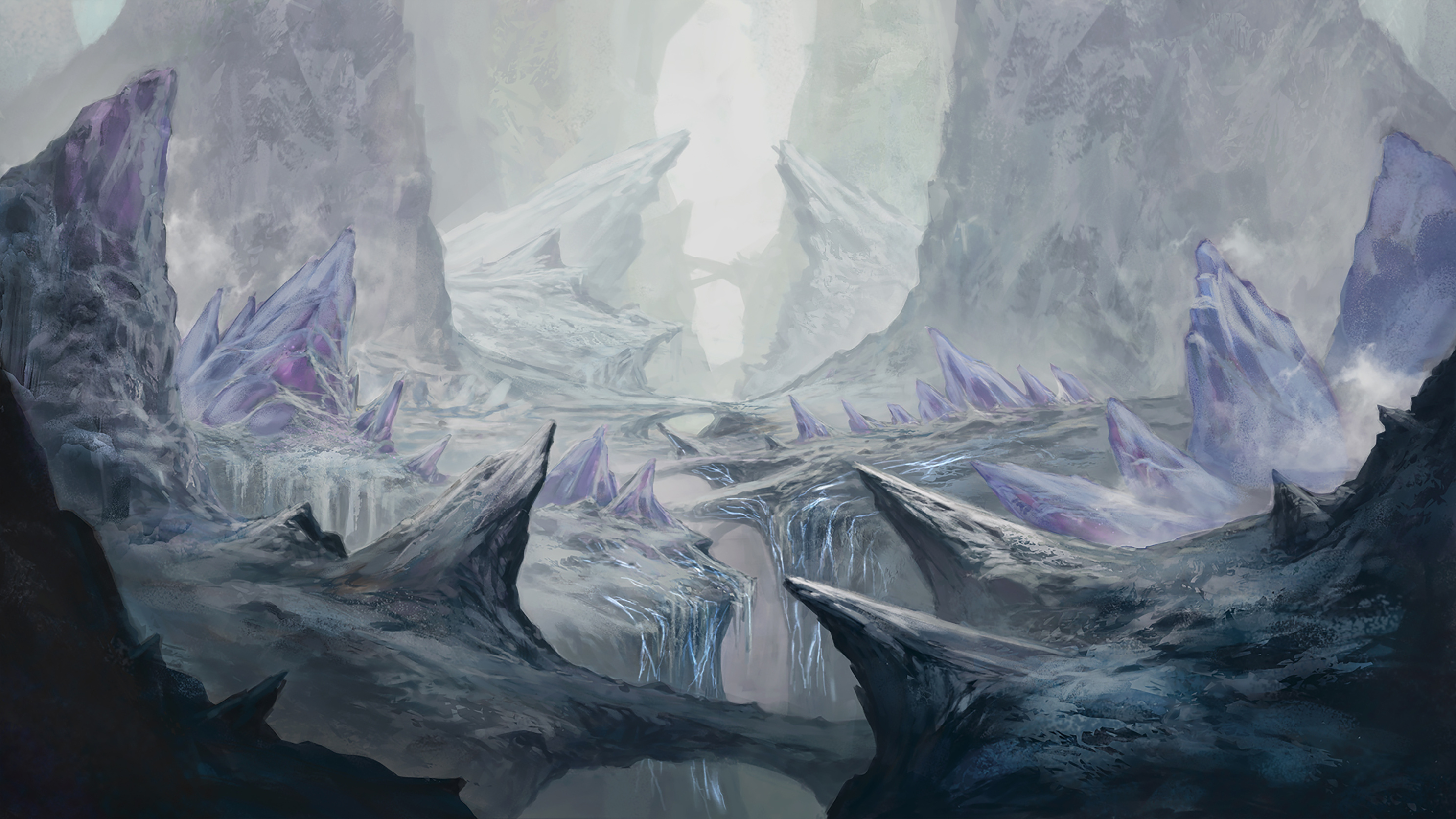 For centuries untold, rimesteel was found only in the deepest reaches of Isild, nestled in glaciers and frozen passes. It became a cornerstone of Isild’s trade with outside nations. More income was generated through the sale of rimesteel to outlying nations than even their impressive fur trade. The Starcrossed family line of Isild, still to this day, control most of the world’s rimesteel production, and the material’s demand in modern eldric applications have only driven up the price.

Rimesteel occurs naturally in the world, appearing as blue-tinted ice in long veins much like a naturally occurring ore. Unlike most other metals, rimesteel is only found surrounded thick sheets of ice compacted over the millennia by momentous pressure. Extracting the material requires precise structural knowledge of rimesteel and its impact on the ice that surrounds it. Many prospective miners have lost their lives attempting to retrieve the substance without proper equipment or foreknowledge.

For centuries, Isild was one of the only places on the continent where rimesteel could be found naturally. It is also widely believed that the northern reaches of Glaycian would also possess vast quantities, but expeditions have so far proven unfruitful. Towards the end of the Darkest War, however, a new source of rimesteel was discovered. As the vandiel aspect of Zenshir was destroyed within the city of Rime, his death knell created a vast glacial area now known as the Rimelan.

Rimesteel deposits are numerous within the reaches of this newly created tract of land. In addition to rimesteel, however, the Rimelan has also been infused with an additional material known as bloodfrost. Bloodfrost is tainted with the Vile energies of Zenshir’s death and has slowly warped the local flora and fauna with this dark energy. As such, the Rimelan is a dangerous place to delve into, especially to set up a mining operation.

The city of Kizzar, on the western coast of the Rimelan, is a Sky Dragon stronghold that still boasts the title of the only inhabited outpost in the region. Lurien Industries has paired with the Pruinae Sky Dragons to both create excursions into their old industrial center of Rime, and establish a rimesteel mining outpost in the region. While early attempts in extracting rimesteel proved difficult and dangerous, more recent operations have had some success. The newly acquired rimesteel in Kizzar has found its way to the market in the form of raw bars stamped with Lurien Industries logo. The Starcrossed family in Isild believes that Lurien Industries attempts at gaining any market traction will prove to be too precarious for the organization to keep up for long.

To check out the new 5e D&D Rimesteel Items, or even more amazing content feel free to head over to our…