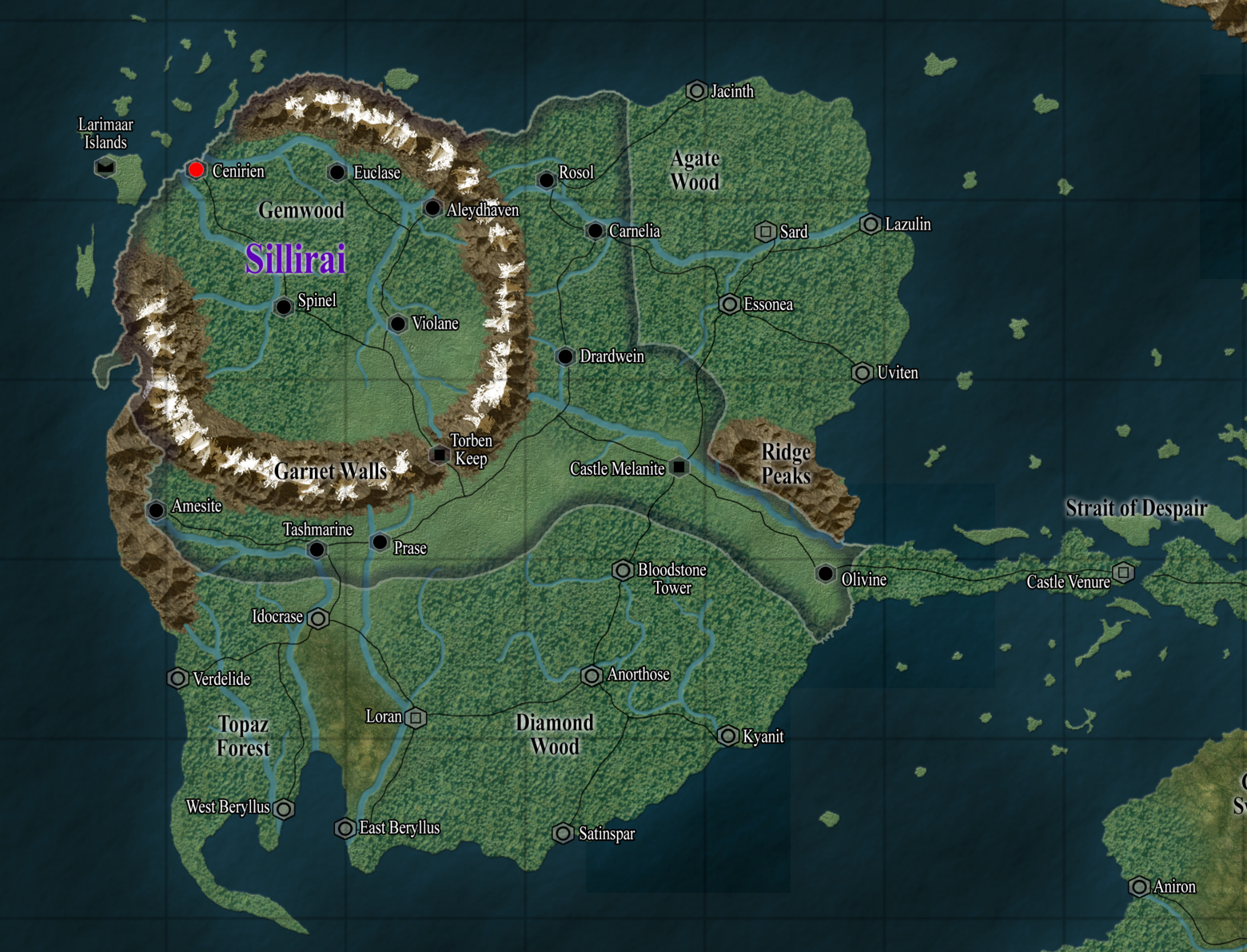 Olivine is a small frontier city situated on the far eastern side of Sillirai. Nestled between the Ridge Peaks, the Strait of Despair, and unreclaimed Sillarian wilderness, Olivine faces threats from all sides. This city is heavily patrolled and guarded by both the Vathis Sentinels and Sillirai’s own warriors. Those who come to Olivine typically do so with a particular purpose, and they are often members of a military company or scholarly organization.

Some organizations operating out of Olivine are the Order of the Midnight Amethyst and the Inquisitors. Members of the Order of the Midnight Amethyst use Olivine as a base of operations when scouting into the Strait of Despair and researching the dark energy poisoning the region. The Inquisitors use the city as a similar point of light for their own endeavors. From Olivine, they venture out into the Ridge Peaks and wilderness to fulfill their contracts. Other groups can also be found here in a transient fashion, but Sillirai as a whole is hesitant to allow outsiders to settle and experiment with the Strait of Despair. Only skilled members of the Eldritch House have been granted special privileges and insight into Sillirai’s formal research on the Strait of Despair, and even then, their access is granted with held breath and much trepidation. Vathis Sentinels swarm here protecting Sillirai’s easternmost fortification and keeping their own watchful eye on the Strait of Despair on behalf of the Council of Vathis.

Despite being surrounded by danger on nearly all sides, civilians still live in Olivine, and they run the inns, taverns, and storefronts that keep Olivine operating. Some occupants run small businesses serving the military presence in the city, and others farm on the edge of town, refusing to forsake Olivine and move inland even during the worst of times. The following are a few of the establishments one might find in Olivine as they pass through the city on their own perilous journey:

To check out the new 5e D&D Olivine Encounter Table, or even more amazing content feel free to head over to our…