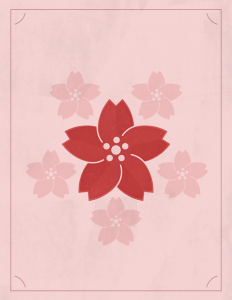 Within the pages of The Creatures of Vathis we will be including a series of new creature types. For the next few weeks we will be posting spotlights that provide our readers with a little bit of insight into what the new types are, why we decided to create them, and what sort of abilities creatures of those types may possess.

In this spotlight we will be looking into the spiritual creatures known as kami.

Kami are an integral portion of the religious pantheon known as the Shenami. Within the lands of Washu native spirits roam, and these spirits are largely believed to be the natural embodiment of the essence of the Shenami faith. Native Washun citizens believe that the kami are the physical manifestations of both the deities of Vathis, as well as the eternal form of their influential ancestors. The truth of the matter is not actually that far off. The origins of the kami are unknown, but legends persist that they were once an extremely rare sight in Washu but in more recent decades their numbers have risen significantly.

Creatures of the kami type share a small number of special abilities, but every kami leaves behind a Kamishard upon death.

Kamishards can be found throughout the lands of Washu, many finding their way into offering boxes at Shenami shrines. Kamishards grant their owner a number of benefits relating to the kami that left them behind and they are largely sought after both for their innate power and spiritual significance.

Kami as a whole are eternal creatures that reside only in the eastern islands of Washu, though rumors persist of a few that resides on the mainland of Asarus nearby. Upon death, kami return to the magical leyline whose powerful undercurrent flows and meets within Washu. Over the course of a long enough timeline, a kami will be reborn to the material realm, though they may possess a different form upon rebirth. Kami as a whole are united in the front to protect the lands in which they reside, and while many of them seek to only impart assistance and knowledge to travelers, they have been known to be fierce opponents in battle utilizing innate magics far beyond most mortals.

Next week we will be looking into the soldiers of the Shattered Hand. Beings of this new type are known as the vastborn!