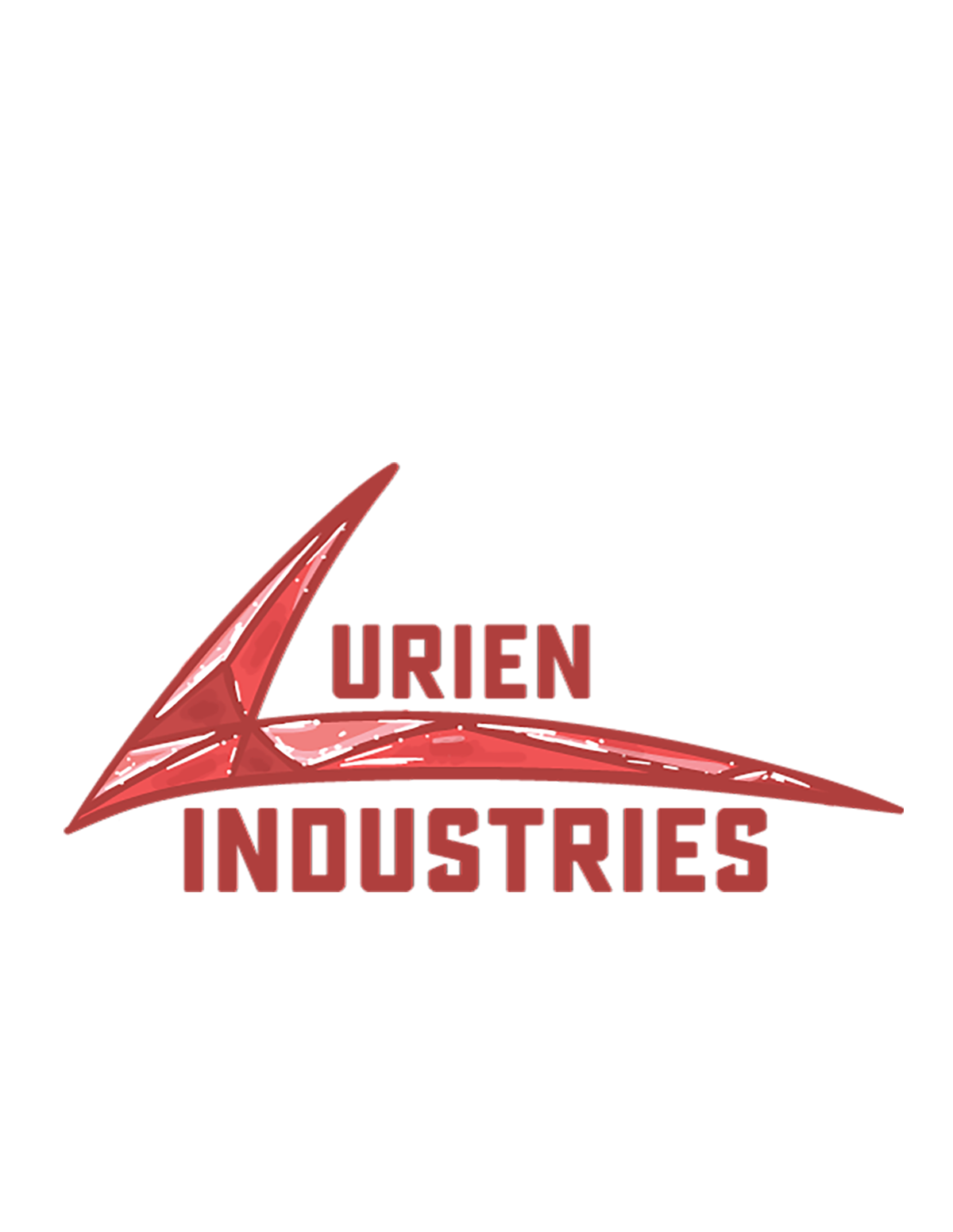 For much of the history of Lurien Industries, the company existed as a small mining operation throughout the lands of Cypress, and very few people throughout the world knew their name. Eventually, the company accidentally stumbled upon the first marvel of engineering that would come to be known as the Essel Arena. The Essel Arena was discovered fully intact deep in the jungles of Cypress. Once adapted to present-day eldric technology, the Essel Arena rocketed Lurien Industries into a household name for decades.

Lurien Industries was forever changed in the year 3769 AG when vaedra eldria was discovered deep in a shaft mine within Cypress. Once discovered, the company partnered with Legion to adapt a nearby Eldric Refinement Facility leased from CORE for this purpose. Within two months a refinement process was perfected, and within three months of discovery, the first vaedric weapon was created: a simple pistol vaedricarm.

Legion, CORE, and Lurien Industries poured a significant amount of money and resources into vaedra eldria’s development. By the end of the year, modern vaedricarms were standardized and sent to local manufactories for rapid production. This production couldn’t have come at a better time, as the Darkest War was in full swing and civilization’s future was on the line. Vaedricarms began to be purchased by nearly every nation in Asarus, in numbers that production couldn’t keep up with. Cypress invested heavily in Lurien Industries and in turn, the industrial potential for vaedricarms rapidly rose as well.

Vaedricarms became the core of Lurien Industries’ business strategy, with sales offices in every nation across the continent by the end of the Darkest War. During the course of the war personal pistols, rifles, and various types of airship cannons were developed and deployed to the frontlines. By the end of the Darkest War over hundreds of thousands of units of personal weaponry were sold, and thousands of airships were outfitted with their weaponry. While many soldiers and sailors witnessed the might of vaedricarms during the war, in comparison to standard soldiers very few regiments were deployed with vaedricarms. During the course of the war, a great many of them were lost or destroyed as the tides of battle changed in various directions.

In the present day, sales offices of Lurien Industries can be found in nearly every major city throughout the nations of Asarus. Personal vaedricarms and ammunition can be purchased in most major cities, though it is currently fairly cost-prohibitive for the everyday citizen. Airships outfitted with vaedric cannons are now commonplace and have become the standard in various national airship fleets. However, personal vaedricarms are still fairly rare throughout the world, though Lurien Industries has expanded their vaedric division significantly after the war. The primary bottleneck that Lurien Industries is currently running into is the lack of vaedric deposits. As Lurien Industries can only refine a limited amount of vaedra in a month, the production of vaedricarms and other vaedric technology is fairly small. Due to this situation, national armies are still relatively traditional, and Lurien Industries has an ongoing bounty of 2,000 gold pieces to anyone who discovers a previously unknown deposit of raw vaedra.

To acquire yourself a new set of 5e Vaedricarms, head on over to our…