Keralyr, panther-like creatures from the Vibrant 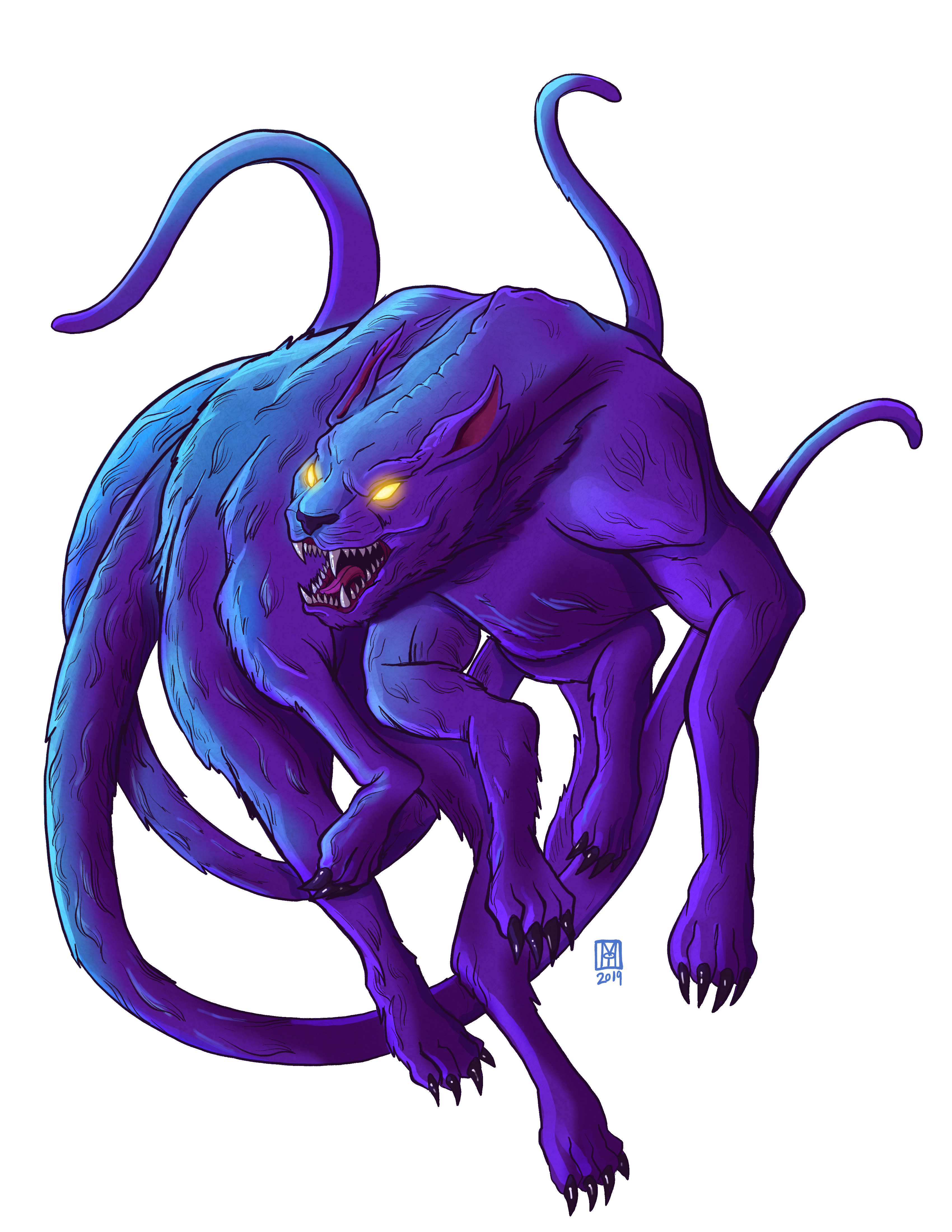 Keralyr are multi-hued panthers with an extraplanar origin from the Vibrant. They are most well-known for being the chosen mount of elite Leyarish warriors. These panthers are attracted to those of Vibrant bloodlines, such as ele’rin and inuzen, and others who possess a deep bond with that plane. Keralyr that eventually become mounts are raised from birth by their future riders, with whom they form intense bonds. These mounts are both intelligent and fiercely loyal. When Synethil returned to the Material Plane near the end of the Darkest War, keralyr-riding warriors were a welcome sight on the battlefield, and they did their fair share taking down untold numbers of Vastborn. Though a strange sight to some, they’ve earned the hearts of many. People from all walks of life are familiar with the keralyr.

Keralyr are remarkable for their three tails and six legs. Their hide can be nearly any color of the rainbow. These magnificent beasts are magical in nature, and they communicate using a form of leylights similar to those used by the inuzen. Their sharp, natural claws are capable of ripping through the armor and defenses of their enemies as if they were magical. Keralyr are also quite stealthy, and they utilize a form of natural camouflage to remain hidden within Leyathar’s strange, Vibrant-touched forests.

In their natural habitats, keralyr live in large societies led by a single female leader. They require great swaths of land to call home. It is thought that they were first brought to the Material Plane from the Vibrant when the city of Synethil arrived ages ago, and they’ve remained here ever since, primarily living in Leyathar’s vast forests even after the Great Collapse shunted Synethil back to the Vibrant.

For the 5E D&D statistics for the creature known as the Keralyr and other such content, please head over to our…