History of the Shifting Cities 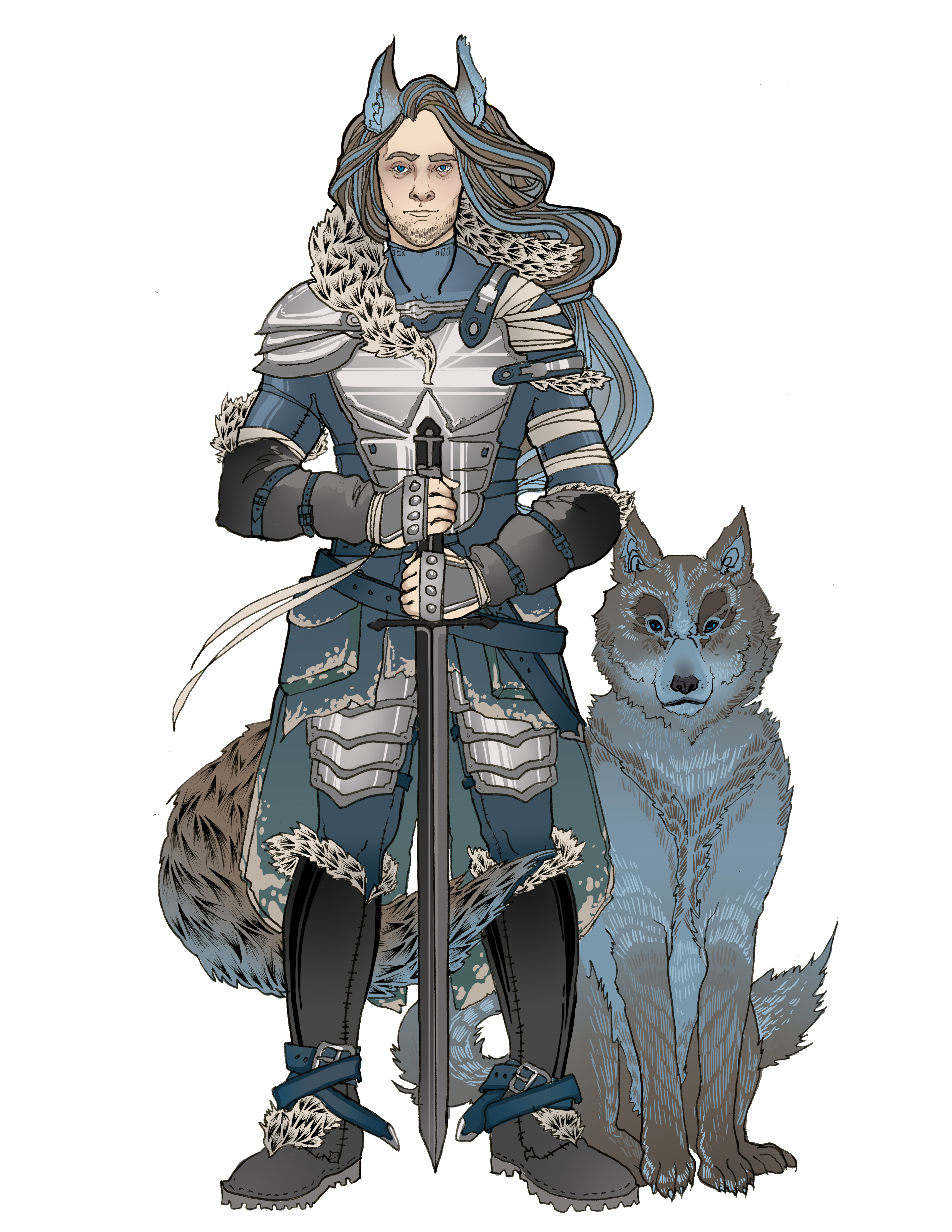 Inuzen are a race of elderlings created by the Zodiacs in an age long past. They formed to represent the sigil of Lorton the Seer, a wolf, a form that inuzen can shift into from their humanoid forms. For centuries before the current age, inuzen were seen as a rarity among the peoples of Vathis. The foreign travelers who resided within the Vibrant only came to the Material Plane sporadically throughout history. The everyday person among Vathis would consider themselves blessed by the Wolfkin, or the Children Who See, a nickname given to the race with the ability to seemingly look into the turbulent river of the Zodiac Leyline and bear forth omens and prophecy. Knowledge of the inuzen was sparse as best, and often they were seen as mythological creatures by the common folk of Asarus. An inuzen venturing into a town would be almost unmistakable for any other creature, as the marvelous color patterns in their fur in wolf form and their ability to utilize Leylights would often give them away. Often enough, anyone who referred to them as a “dog” would often be ostracized by their peers, for fear of insulting the inuzen. Even in the current age, using such a term to refer to an inuzen is seen as a derogatory term of the greatest affront.

On the Vibrant, inuzen dwell in marvelous cities featuring tall structures with open-air wooden architecture, brilliant colors, and rich natural foliage, complemented by a wide assortment of native wildlife. The cities the inuzen resided within were created in specific locations within the Vibrant where the boundaries with the Material realm were weak. In turn, their cities shifted into the Material Plane for a short period of time, sporadically allowing the inuzen rare access to the lands of Asarus. The places these cities would appear on the Material Plane were often incredibly remote and untouched by the hands of civilization, usually in scenic areas surrounded by much natural beauty. Some of the inuzen who resided there during a shift would venture forth from their shifting cities to explore these new lands and grace the people of Vathis with their presence. These travelers would sometimes take up residence in various portions of the world, greatly influencing the area in which they chose to reside.

Many inuzen would come to live within the thick wood of the Leyathar Forest, and even granted their assistance to the acer’rin, ele’rin, dwarves, and humans of the area to create the Leyarin Empire. The Leyarin Empire was once one of the most impressive empires in history, one that would command and administrate nearly the entire northwestern corner of Asarus. The first High Templar of the Leyarin Empire was an inuzen by the name of Syvesia zi’Selenir, who still leads the city even in the current age. Though the inuzen dwelled in these lands for centuries, when many of the nations of the world were still in their infancy, their time was short and upon the event known as the Great Collapse, the inuzen once again returned to the Vibrant.

After the Great Collapse, the Vibrant and the Material were shunted away from one another, and for the most part, many of the shifting cities of the inuzen suddenly discovered they could no longer traverse the barrier. Some shifting cities found themselves trapped on the Material Plane, and like the city of Hachi in eastern Washu, became involved in the ongoing conflicts of other nations. While the current nations of Vathis rose, discovered eldria, and prospered, inuzen sightings throughout the world became rarer and rarer. This continued for centuries, until the seat of the Leyarin Empire, Synethil, returned during the Darkest War. With Synethil’s return, the veil between the Vibrant and the Material Plane returned to normalcy, once again allowing the shifting cities of the inuzen to return.

To check out the new D&D 5e Inuzen racial traits and the Inuzen Racial Feat, feel free to head over to our…