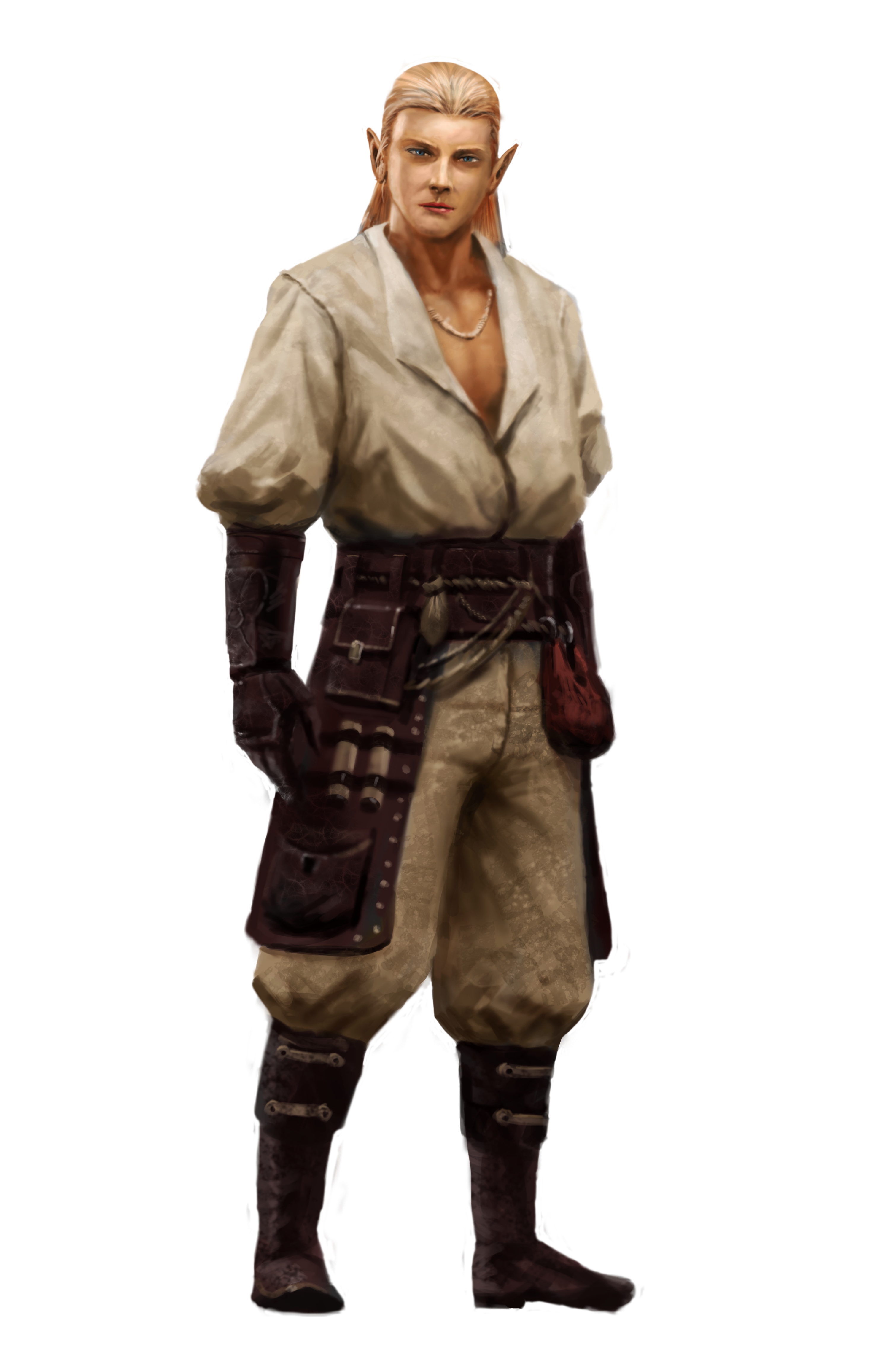 Widely believed to be the first mortal race created, elves have a long oral history stretching back millennia through Vathis’s history. Legend states that when the sun first touched the wildlands where the Vibrant met the Material Plane, elves grew from the land and began to walk both worlds. The descendants of the first elves eventually came to reside in the forests of Leyathar, where they eventually formed one of the most powerful empires on the face of Vathis.

For ages untold, Leyathar consisted primarily of but one type of elf: the acer’rin. Also known as wood elves to other races, the acer’rin made their homes among the dense, thick, and wondrously tall forests of Leyathar, eventually forming the backbone of both Leyathar itself, and the area known as Venoch.

The seat of Leyathar’s power, the city of Synethil, was cast into the Vibrant for centuries. It was only during the Darkest War that Synethil returned to the Material Plane to unleash incredible magics upon the vastborn of the Shattered Hand. Upon Synethil’s return, the inhabitants of the city brought with them a new type of elf, called the ele’rin, one imbued with the latent energies of the Vibrant.

In the present day, the cities of Asarus find themselves in possession of both types of elf, with acer’rin being significantly more common. As the centuries since Synethil’s departure passed, the acer’rin found themselves bringing Venoch into the forefront of Asarus’s trade networks, with the acer’rin filling the roles of master sailors, merchants, and traders all across the continent. Acer’rin as a whole do not consider themselves superior to other races, or arrogant. Instead, they are highly friendly and sociable with a penchant for religious and personal freedoms for all beings. Acer’rin to this day still retain a great amount of influence over the various aspects of the now continent-spanning trade network. Many acer’rin find work as captains of airships, commodores of airship fleets, and everyday sailors across all trading vessels both naval and air-bound alike. The largest population of acer’rin reside in the nation of Venoch, their ancestral home, comfortably nestled between the northeast shores of the Angylis Sea and the southern reaches of the Leyathar Forest.

The ele’rin who returned with Synethil found themselves cast across the continent in a whirlwind effort to bring their magics to bear against the Shattered Hand. In the modern, post-Darkest War days, the other races of Asarus still look upon the ele’rin with admiration and wonder, as the ages of powerful magics were once thought to be lost forever after Synethil’s departure from this world. Ele’rin tend to view other races with unease and hesitance, even their acer’rin brethren, as the ele’rin for the most part are still trying to adapt to an Asarus that has changed drastically since their departure. The inuzen are a large exception, as the ele’rin have lived side by side with them throughout Leyathar’s history. Ele’rin still primarily reside within the city of Synethil, with many working toward the goal of one day reclaiming the fallen lands of the once great Leyarin Empire.

Playing an Elf in Vathis

If you choose to play an elf in Vathis we would suggest using the following subraces:

An acer’rin would best be represented by the following Venocian elf subrace or the wood elf subrace.

An ele’rin would best be represented by the Vibrant-touched ele’rin subrace or the high elf subrace.

To check out the new D&D 5e Venocian Elf racial traits, feel free to head over to our…