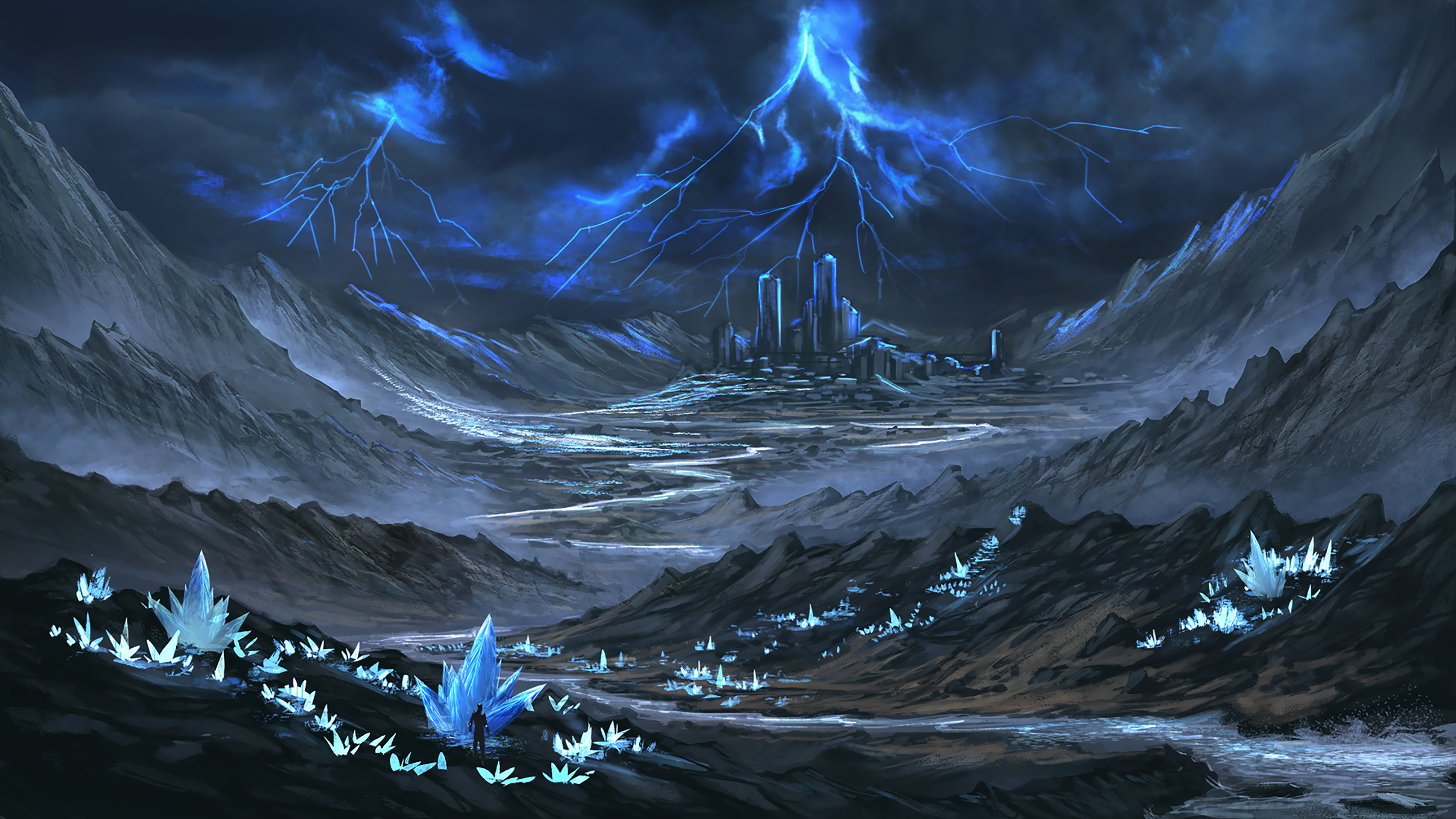 The methods of eldria mining and eventual refining is a closely guarded secret by the Corporate Operations for the Refinement of Eldria, or CORE for short. At a basic level, natural unrefined eldria is collected from an eldria field, transported to an Eldria Refinement Facility, processed and refined, and then stored or distributed to its end-product consumer. The lifecycle of eldria allows eldria to expand, grow and spread to a certain maximum extent based on its type. Eldria Refinement facilities are set up around these eldria fields.

In modern years, these Heart Crystals are placed in a location where a future Refinement Facility will be constructed, allowing CORE to spread its reach far and wide across Asarus. In turn, CORE experienced the rapid expansion and development of Refinement Facilities in every nation in Asarus, creating an impressive eldric technology adoption rate throughout modern civilization.

An Eldria Refinement Facility possesses a contained eldria field which is mined, maintained, and operated by trained CORE personnel. As raw natural eldria is hazardous to life, humanoids mining the fields must wear protective gear to remain in such areas for a long period of time. Humanoids in contact with eldria undergo a rigorous health safety check at the end of every working day, ensuring the long-term health of the participants. More commonly, however, ildera are utilized in positions with contact with natural eldria, as they are immune to its harmful effects. Eldria crystals are mined and collected using basic mining equipment and carts for collection. Once acquired it is moved inside of the Eldria Refinement Facility to be processed further. As it currently stands, CORE is bound by the laws from the Council of Vathis to never transport raw and unrefined eldria outside of an Eldria Refinement Facility for any reason.

Once collected and moved inside of the facility, unprocessed eldria is put through an elaborate system of machines that process eldria into its refined state, removing impurities and stabilizing the crystals, allowing their use in eldric based technology. More detail would be given, but the internal workings of an eldria refinement facility is a closely guarded secret. Even facilities that have been captured by the One Hundred and Seventeen Sky Dragons, or those purchased and leased to Lurien Industries have never been reversed engineered. It is a widely supported hypothesis that there is a secret method of activation whenever an Eldria Refinement Facility is first turned on that only select members of CORE’s leadership have access to.

Eldria Refinement Facilities can be found nearly all across the continent of Asarus, allowing the citizenry of Vathis to bask in the blue glow of eldria’s impressive feats of technological marvel. The inner workings of which, remain a closely guarded secret.

To check out the Shardlands 5e Encounter Table, head on over to our…