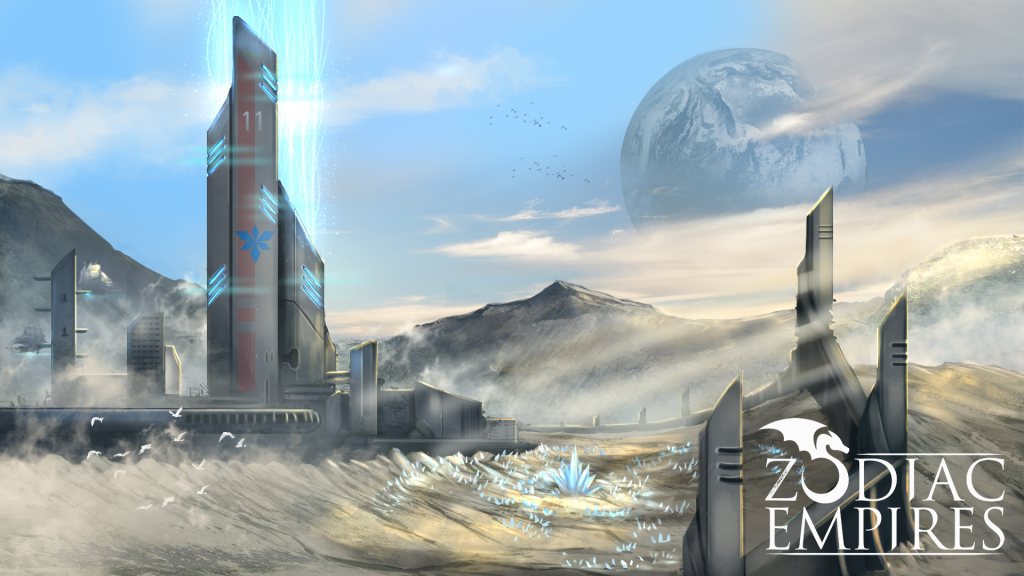 “A brighter future for a darker age.”

In almost every home, in nearly every city, lies the soft blue glow of eldric technology. Eldria has spread far and wide across the continent since eldria’s initial discovery nearly a century ago. The technological achievements made possible by these magic azure crystals light our streets, warm our homes, provide water, and allow airships to grace the skies. Many of the necessities of modern life could not exist without the influence of eldria.

It grows rapidly in clusters of crystals as it consumes the raw surrounding Ether and spreads throughout the area by a method of crystal off-shoots. In its unrefined state, eldria is naturally harmful to life due to the magical emanations it gives off as it grows and consumes. Very few creatures in the world are immune to the effects of eldria, but multitudes of species have adapted it into their body structure, becoming beings of living eldria, like the ildera.

Once refined, eldria ceases giving off magical emanations and is generally harmless to life.

Refined eldria can then be used in applications such as Resonance Towers, which provides controlled emanations across entire cities to sustain eldric technology. In large part, the Corporation for the Refinement of Eldria, or CORE for short, controls the entire process of eldria refinement throughout the world. CORE and CORE alone are capable of creating eldria refinement facilities, and their production process is a closely kept secret. The Lurien Corporation, however, adapted CORE’s facilities to refine a different type of eldria, called vaedra.

Elarian eldria is by far the most prevalent eldria, found in nearly every land on the continent. Refined elarian eldria sustains nearly all of our technological achievements made in the last century. Vaedra eldria is utilized for an entirely different purpose. Vaedra’s unrefined state is naturally unstable, leading to explosive results. Refined vaedra is slightly more stable, but has been utilized in a variety of arms manufacturing, leading to the creation of vaedricarms, or firearms.

Elarian eldria possess far lower magical concentration than its vaedric counterpart and is utilized in a completely different format.

For the most part, refined elarian preserves our way of life. Convenience technology, airships, heating, lamps, music crystals, loudspeakers, and clocks are all elarian eldric devices. On the other hand, vaedra eldria is used primarily as a volatile substance to fuel the rise of vaedricarms, bringing a whole new method of combat to the fields of war. Eldria can also fused with steel inside of Eldric Reactors to form a substance known as Eldricsteel. Eldricsteel is typically as strong as steel, significantly lighter, and self-repairs in areas of natural magic. As such, eldricsteel has fueled the vast rising of the cities of the world, allowing their spires to reach ever higher to the sky.