Eldria and You. What to expect in the Modern Day. 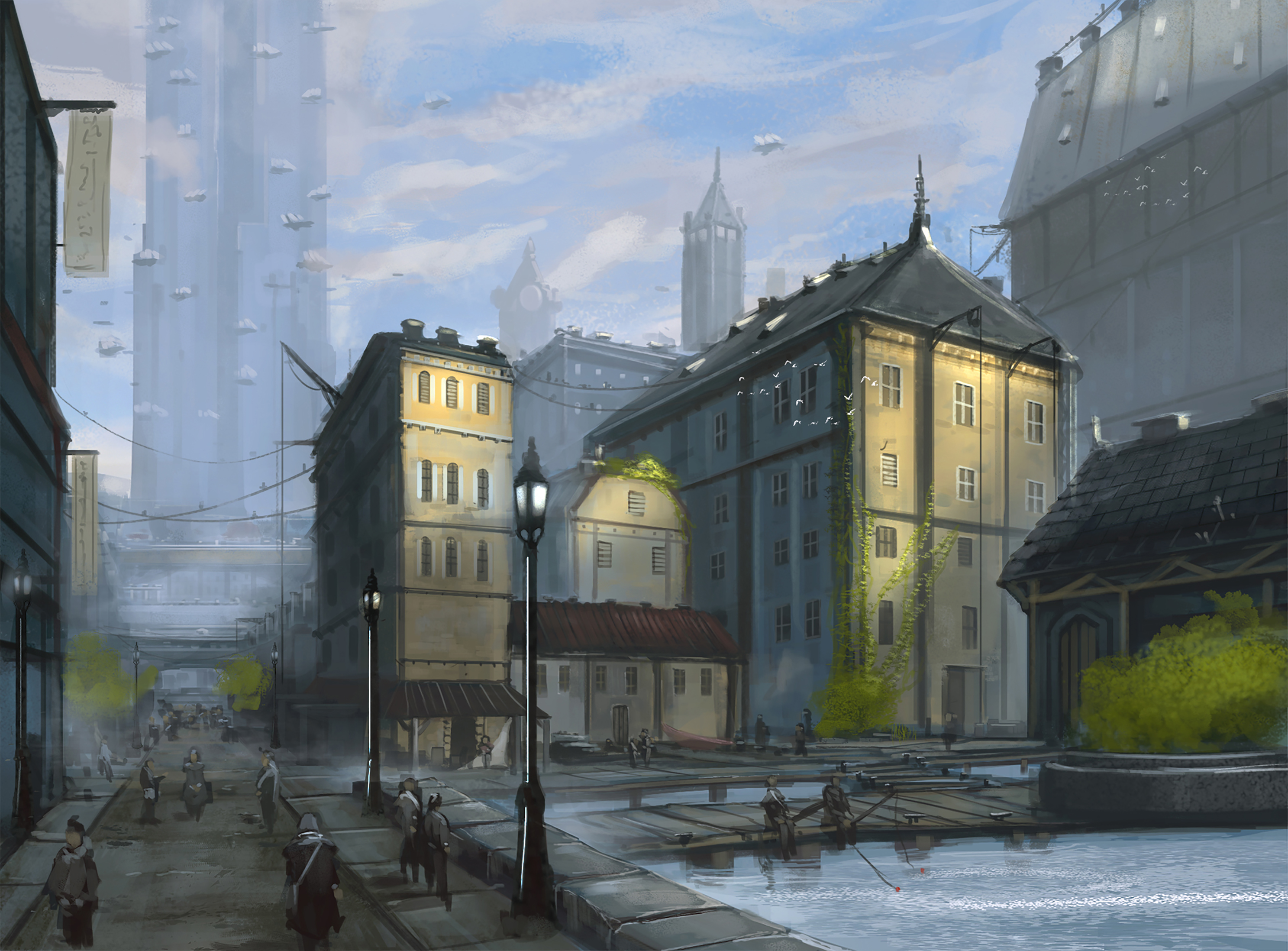 Throughout the modern day in Vathis, eldria surrounds nearly all of its citizenry and wraps society in a warm blue glow, allowing conveniences and lifestyles only dreamed of one hundred years ago.

Eldria has permeated the everyday lives of those across the continent to the point where most people are so used to eldria’s presence, it often goes unnoticed.

First and foremost, eldric technology has advanced the livelihood of people in nearly every walk of life.

Eldric convenience technology has become so commonplace and offered at such a low price that more homes possess eldric goods than those that do not. At its most base form, eldric technology first combated and defeated the darkness of nights. With eldric lighting, cities were no longer bound to the timeframe of the sun in order to continue to operate and offer services to its populace. Eldric timepieces chime the passing hours to the passerby on the street, allowing them to maintain a punctual life and easily keep track of their daily duties. Heating and cooling elements came rapidly into homes once invented, allowing families to manage the temperature in their houses, store their food long term, and readily cook their meals without worrying about storing fuel or maintaining a precise cooking temperature.

Of course, eldric advancements were not limited to the homes of the people, but have also made themselves known in manufacturing and manual labor sectors.

Eldric machinery allowed the production levels of many artisan craftsman to reach heights that once could be only dreamed of. Products produced by companies now line the shelves of markets and shops throughout the continent, branded in colorful logos and designs, setting themselves apart by clever marketing schemes and signage plastered on flat surfaces in every city and settlement.

In turn, cities grew larger, and construction crews adopted eldric technology quickly. Buildings rose as eldricsteel was introduced, allowing constructions to reach unimaginable heights, attempting to forever compete with the Sapphire Spire in Aurez City. Bridges, roads, and infrastructure grew to account for the rapid movement of the populace, spreading the lifeblood of commerce throughout the world. In recent years, herds of eldricorn have spread to the four corners of the continent. These tireless eldric horses provide incredibly quick overland travel. Carts and land vehicles being pulled by eldricorn can be found clogging the streets of every city in the world.

Airships rose to the skies, with airyards to create them and towering docks to house them.

The populace of Vathis was no longer bound to the ground they worked and lived on. Mercantile organizations, logistics companies, and military alike all took to the skies, humming along at incredible speeds, zipping from place to place, transporting cargo and people. Once an individual of Vathis would often be born and die within five miles of their homestead, but now they range throughout the land and skies in search of glory, adventure, mystery, and wealth.

With the incredible pace of technological advancement came the civilization we now call home. Though the Shattered Hand once attempted to force us back into the darkness, our inner light and the light of eldria cast back their darkness. All of the wonderment, entertainment, and life-easing technology can be purchased throughout the world for a price. A price very many are willing to pay for the joy eldria brings into their lives. What lies ahead in this age of wonder, one might ask? Only you can imagine and invent.