Bluewind, an Inside Look at Vathis’ Premiere Messaging Service 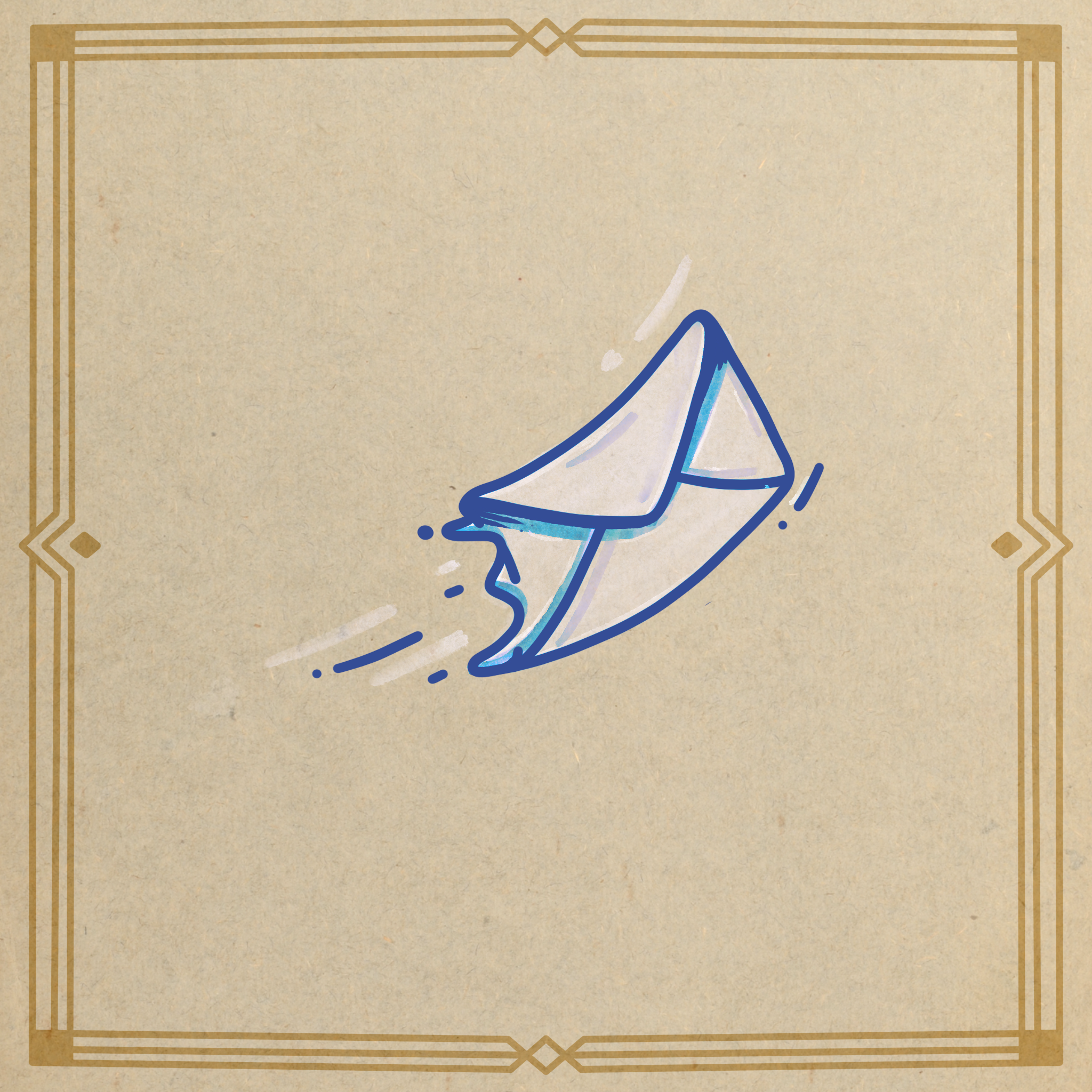 The Bluewind Messaging Stations were an invention pioneered in secret by the fledgling Vathis Sentinels prior to the end of the First Empire Wars.

It was developed as a method of near-instant communication throughout the Vathis Sentinel outposts around the continent, allowing the organization the means to enforce policy and combat threats without the delay of traditional communication. However, that was not to be the case, as the mote on which the experiments were taking place was attacked during the First Empire Wars, and all but the current owner of the Bluewind Company, one Tahris Fel, were killed.

The Bluewind Company quickly expanded, and its messaging stations can now be found throughout the world, in every village, hamlet, and city that possesses eldric technology. Their messaging service allows near-instant communication from one location to another, using a concealed writing system that even the members of the Bluewind Company cannot access.

In order to utilize the system, one must first travel to a Bluewind Messaging Station, which many cities have multitudes of, to supply the demand of their clients fully.

Upon arrival, one must simply approach the secretarial desk, and provide the location in which you would like the message to be delivered. Once given, the Bluewind Secretary takes a specific eldric pen into a private room for the client. The client is given two articles of paper. One is for public information, such as the name, address, and city of the individual the message will be delivered to. The second article of paper is for private information, such as the correspondence that will be delivered, of which there can be delivered multiple sheets of paper. The client writes down what information they desire using the specified pen, and then either destroys the articles of paper or takes them with them. The client returns the pen to the Bluewind Secretary which immediately returns it to its proper housing.

Behind the scenes, a paired pen in the corresponding location in the Arrival Chambers transcribes the public information onto the front of an envelope.

Once finished, it transcribes the private information onto as many sheets of paper as it requires. These articles appear to be empty of text, as the ink is keyed to the particular envelope in which the public information is displayed. Once these sheets of paper are housed within the envelope and sealed with Bluewind wax, the ink reveals itself upon the pages. This allows client information to remain confidential even to members of the Bluewind Company who can only see the information transcribed to the public envelope.

Delivery of the message is attempted by a Bluewind Courier, which requires both physical presence and proper identification for the recipient.

Should the Courier be unable to deliver the message, it is returned to the local Bluewind Station which holds the correspondence to be picked up by the recipient at a later date. Return to Sender services, as well as, Certified Delivered Mail are both offered on all correspondence, for a fee of course.

To check out the Bluewind Spells, or other awesome 5e content, please head on over to our…