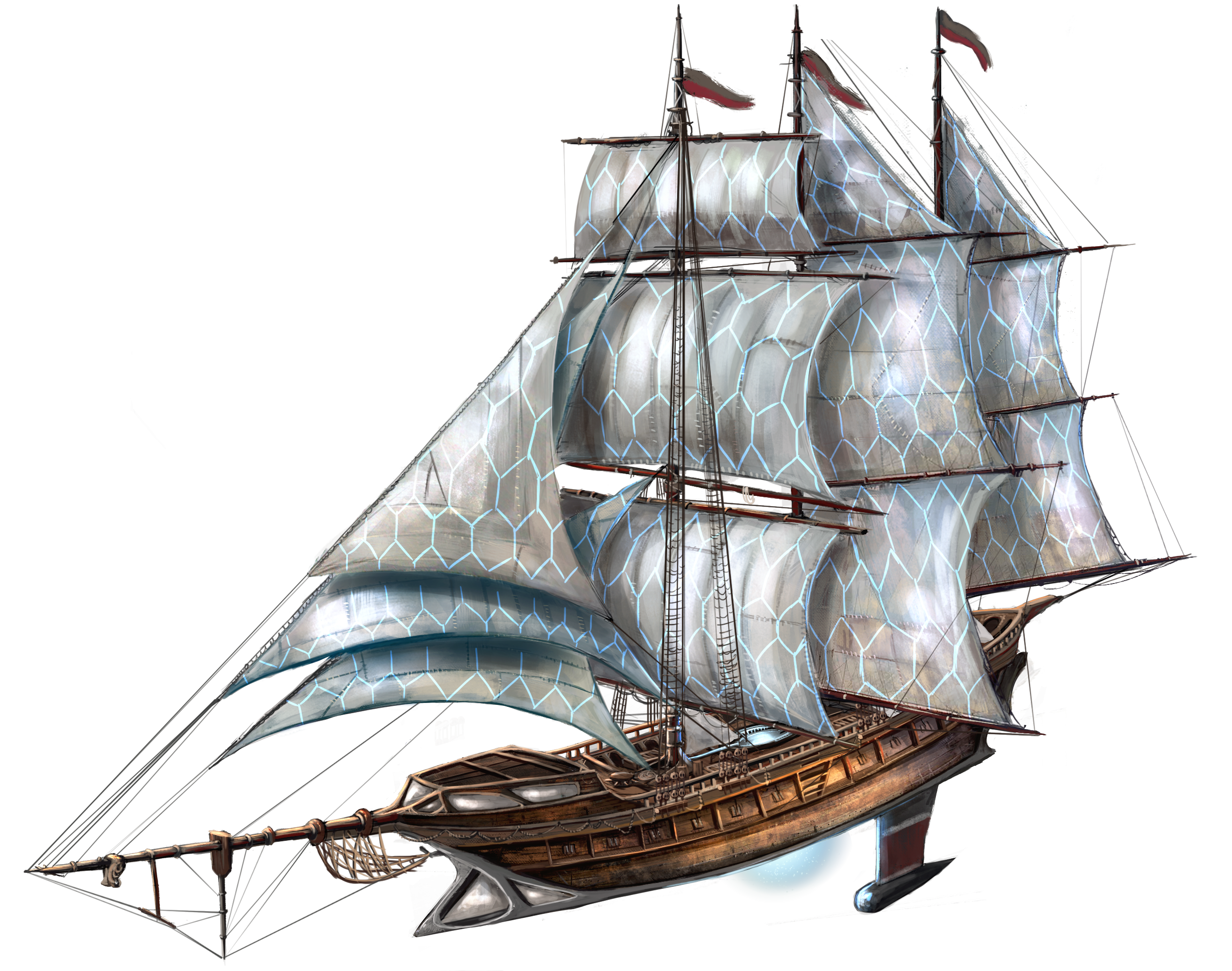 Since their inception decades ago, airships have become both commonplace and integral to almost all of the civilizations across Asarus. The Vathis Sentinels patrol the skies and cities of the world to shield the supply lines of society from breaking down to outside interjection. Merchants throughout the world rely on the airship transportation offerings to supply goods and services to their customers. Nations maintain airship fleets in being to protect their assets both foreign and domestic. Wherever you live across the breadth of Asarus, the mark of air travel can be seen clearly throughout your life.

Airships are commissioned by either private parties or government entities to hundreds of air yards around the world. They are expertly designed by engineers and other specialized professionals. Once commissioned and paid for, the toil of their creation begins, and yard workers begin constructing the vessel to the specifications provided, assisted by eldric machinery. Every nation in the world possesses air yards of some regard, but the world’s most renowned reside in Washu, Tristan, and Aurezia. Airship construction can take anywhere from six months for smaller vessels to years for larger warships and more complicated designs. The hull and masts of the ships are completed first, with the interior and eldric devices fabricated second, and once that is done finishing touches, paint, and treating are completed third. Once the ship is finished, internal furnishings are provided, accoutrements are gathered for the crew, and creature comforts are installed. After that, the ship either leaves the air yard, or waits for weaponry to be delivered.

Weaponry bound for airships typically includes vaedric ship cannons with various types of munitions, personnel arms, and boarding deterrents. Vaedric weaponry is sought after and provided by Lurien Industries, the sole provider of their type. If vaedric arms are required for the personnel, they must also be contracted through Lurien Industries. Ships are often also accompanied by a number of magic-users: arcane, divine, psionic, and otherwise.

Ship-mages, arcane magic-users, are often trained for the task of a ship-mage by the Eldritch House and are highly sought after in the wake of the Darkest War. Typically ship-mages deal with keeping the ship safe from outside threats, such as other ships and hostile creatures capable of flight. Ship-mages also act as magical scouts of a sort, utilizing long-reaching magical sensors, magic and aura detection, and guards and wards to protect the ship.

Ship-clergy, divine magic users, are usually of the faith that is prevalent in the home port of the ship, and are usually well-known to the crew before joining. Often they volunteer for their position, and typically train heavily for dealing with life in the skies. Outside of performing religious rites for the ship, ship-clergy often spend most of their time tending to the nearly endless number of ship-borne injuries, and treating various ailments among the crew.

Ship-mages and ship-clergy, if capable, put forth some effort to make life aboard an airship much more enjoyable for the crew as a whole. Providing entertainment, magical food and drink in addition to the normal fare, and magical assistance are greatly appreciated by any airship crew who receive them.

Any and all weapons that are designated for the newly created ship, in addition to the ship itself, must be registered with the Vathis Sentinels. The only exception to this rule is vessels of a national military, and Vathis Sentinel ships themselves. The number of long-term crew members as well as their identities and purposes, national origin of the ship, home port, and the ownership entity of the ship must also be registered before the ships first voyage.

Of course, there are organizations and entities that are not forced to follow the decrees of the Vathis Sentinels. Many ships are owned by Outlaw or Free Company groups and individuals who are not beholden to mortal laws. The air-faring civilization of the Sky Dragons, a group of one hundred and seventeen air-faring families, willingly ignore the law of the Vathis Sentinels. This group is largely seen as sky pirates by most of the world, but their response is that they have merely chosen the life of freedom from the normal citizens oppressors. Most of the time, Vathis Sentinels and Sky Dragons willingly ignore the other, unless, of course, one of them is causing trouble.

Throughout the world, many airships are owned and operated by private groups, or individuals. The ongoing cost and maintenance of an airship is typically outside of the range of a normal citizen, but those who choose to take up the mantle of captain usually find a number of lucrative prospects that await them on the open air.

To discover a trove of items, magical and mundane, for airships, please head over to our….