From Ethersilk to Sewing Machines, the Garment Industry of Vathis 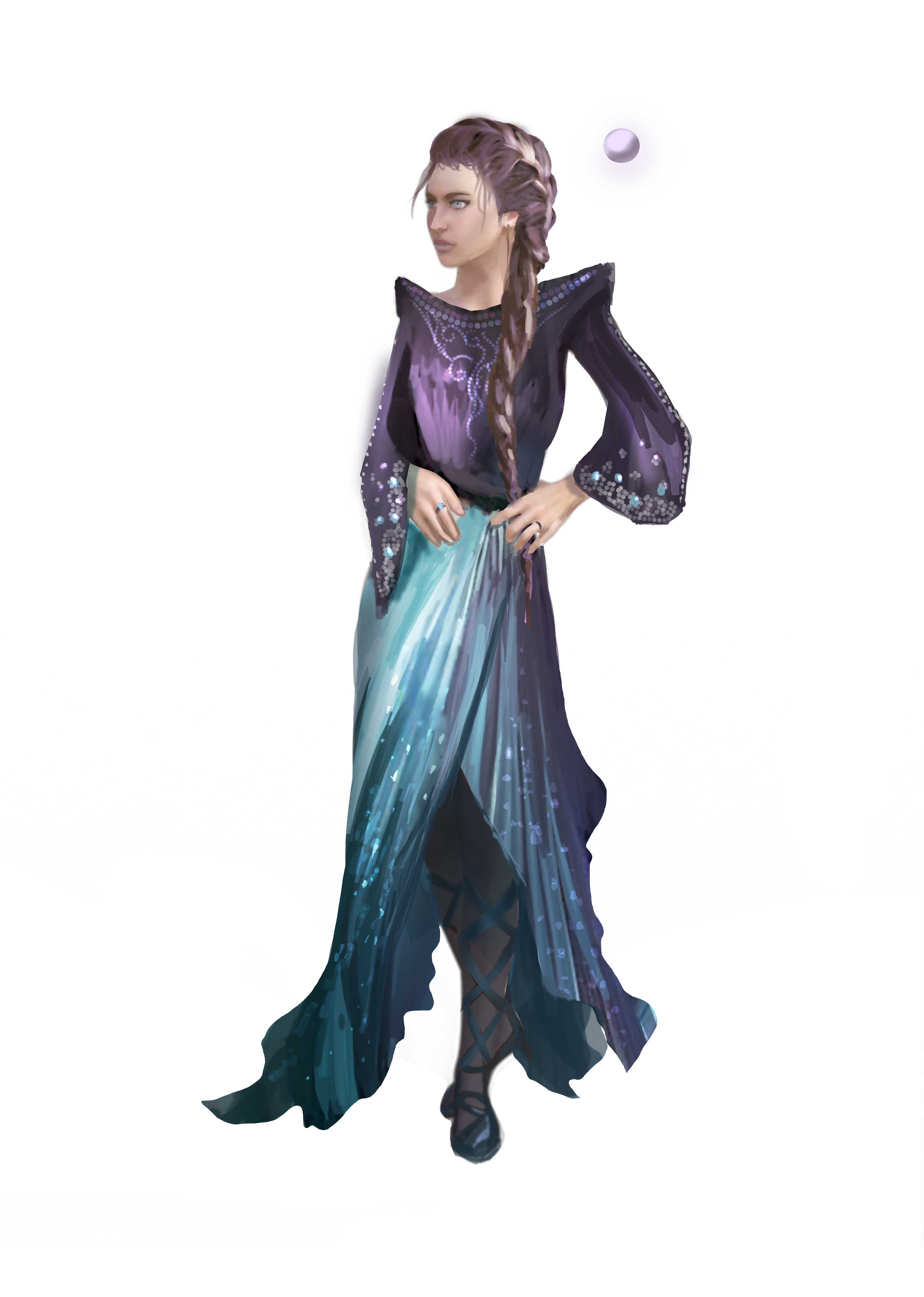 For centuries before the discovery of eldria, clothing and garments were largely made by hand in small amounts. Depending on the wealth and prosperity level of the area in which they resided, common folk typically made their own clothing from purchased fabrics in their own homes, and those who dwelled in larger cities were capable of purchasing articles of clothing from clothiers and seamstresses who were dedicated to such goods and services. Storefronts and small shops were operated by entrepreneurial individuals throughout the lands of Vathis and provided clothing that differed greatly in design and aesthetics from city to city. With the introduction of eldric technology, all of this changed rapidly overnight.

Eldric sewing machines were invented and introduced on a wide scale early on during the rapid advancements being made, allowing clothes to be crafted more swiftly than ever thought possible beforehand. As travel and communication increased, each nation began to adopt a common form of style as customs and a singular identity began to take hold among those who resided within the same nation. Fabrics, once woven by hand, began to see mechanized creation on a small scale, and demand for such goods rose swiftly. The introduction of the national market, where goods could be bought and sold throughout the country, prompted large scale manufacturing of fabrics crafted in looms which tripled the output’s value.

The citizens of Vathis, once beholden to the few outfits they possessed, began to acquire multitudes of clothes at cheap prices, allowing even some of the poorest individuals to express themselves in a way once restricted to the wealthy and affluent. The spark of the First Empire Wars saw the need arise of a national uniform for countries, which increased the need for fabrics to outfit the soldiers involved in the conflict. In turn, common citizens found themselves in short supply of the clothing and fabrics that were once abundant, as many linens and textiles were utilized for the war effort throughout the continent.

The industrial might of nations swelled during the First Empire Wars, with factories and industries rising swiftly to meet the demands of the conflict. While many of these were focused on primarily military applications, many consumer goods were born in this time of need as well. Fabric production was mechanized with machines powered by eldria. Production of most fabrics moved from small local based production to centralized mass production centers throughout the continent. Clothes, on the other hand, were still primarily made by hand using sewing machines and other individual tasks.

During the period between the First and Second Empire Wars, clothing production soared in response to the dramatic change in logistics that airships provided. Clothing manufacture moved towards factories and assembly line organization, with clothing entering national markets. Companies and designers began creating clothing lines for the entire populace of the country, solidifying a national identity among its populace, with advertisements always displaying the latest trends in fashion. Without the confines of a war effort, the entire industrial sector for textiles changed rapidly during these decades, and the introduction of various new types of eldric-infused materials made their way to market.

Ethersilk clothing, infused with a wide variety of colors and sometimes even displaying inner light, began to find itself among the latest fashion trends of the wealthy. As ethersilk possesses the same natural self-repair of other eldric materials, military-minded individuals began applying it to a wide variety of other uses, including magical resistance, reinforced patterns to protect from physical harm, and even color and tone changing applications for use in clandestine missions. A garment company located in Vanya, Tristan, known as the Black & Brooks Co., created an eldric infused ethersilk outfit that was capable of not only storing different outfits inside of one outfit but allowed the wearer to swiftly change between various outfits in a short time, without the need of undressing and redressing oneself.

Ethersilk saw a swift rise during the Second Empire Wars and subsequently the Darkest War, as creation of the fabric merely required an infusion of eldric material, without the need of Eldric Reactors like eldricsteel requires. Military outfits began to see a standard service design outfitted to troops assigned to particularly dangerous tasks, or clandestine operations. Officers especially were granted a set of ethersilk uniforms as part of their promotion throughout the continent, allowing them to be easily distinguished from the run of the mill soldier. The garment industry throughout Vathis continues to see rapid development as the needs and styles of the citizens changes with each passing year.

To check out the new 5e D&D Ethersilk Items, or even more amazing content feel free to head over to our…