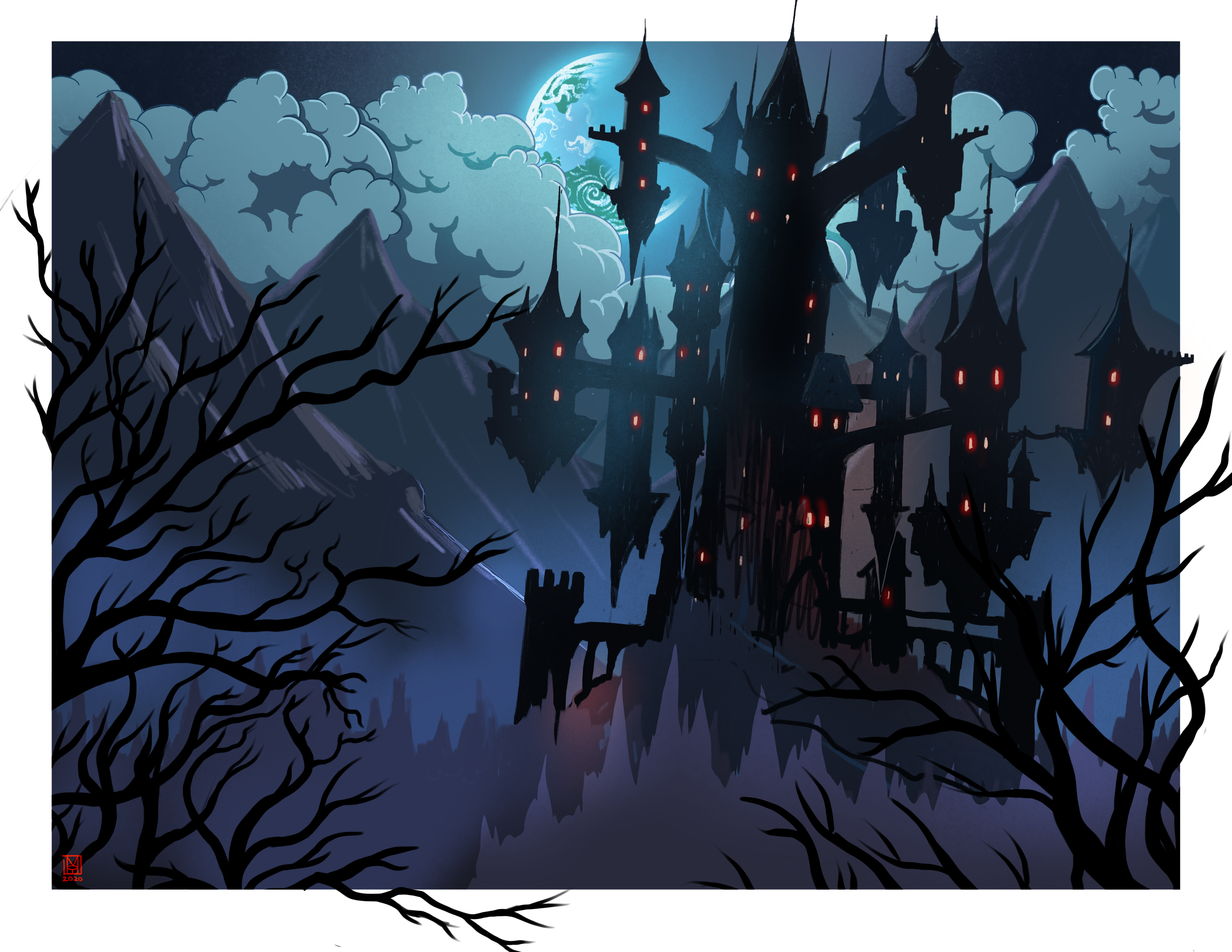 Castle Mischief on the Gloom

If one travels far enough through the fog and shadow of the Gloom, they may see the vague outline of castle spires floating in the distant, cloudy sky. These towers grow in size and magnitude as one approaches, until suddenly the dark structure takes shape, revealing a fortress-like castle jutting forth from the Gloom’s barren landscape. Small, rat-like humanoids scurry around the grounds and spires of the castle, gesturing to one another with the intricate movement of their hands and fingers. They are often accompanied by rats of a similar size twitching their whiskers, and if one watches closely enough, they may catch a glimpse of the humanoids shifting into Gloom-rat form or back again. A small number of the humanoids are Starcalled and bear the sigils of the Zodiacs upon the back of their left hands. These rat-like people are the muri – and this is Castle Mischief.

The muri speak umbral, the tongue native to the Gloom, but they usually do so in hushed tones. It is habit. If asked why, a muri will explain, quietly, that they were hunted once. That the shadow creatures known as the saforus preyed upon their race and did so for centuries. For as long as they have been, the muri have lived in small burrows, constantly fleeing and ever on the move. Silence was necessary. Silence was life. The muri held tightly to their close family ties and a wandering guise of civilization until recently, when Lady Mischief arrived, and everything changed.

The muri tell Lady Mischief’s tale with reverence. She came to the Gloom from another land and cut a path through the saforus as she traveled, attracting the attention of the muri, who watched her from a distance. When she found the ruins of a decrepit castle and started rebuilding, they made their presence known to her. They did so cautiously. After all, she was not the first to venture through these lands and claim dominion over territory within the Gloom. Other entities made promises to the muri in the past only to abandon them in their time of need. Some culled the muri in droves before continuing on a path to conquer a sliver of the Gloom. But Lady Mischief seemed different than the others, and so the muri took a chance on her.

Despairing at their plight, Lady Mischief allowed the muri to live within Castle Mischief. She encouraged them to bring their families to the fortress, where they would be the only inhabitants. They eventually gave Lady Mischief her name – what she was called before is not known. She kept the muri safe, and soon their tentative alliance blossomed into a true partnership. The muri taught her much about the Gloom, and she taught them much about the planes beyond. They helped her build Castle Mischief into the towering citadel it is today, a far cry from the ruined structure she first discovered. Above all, she promised to find them additional places of refuge…and she eventually made good on that promise.

Lady Mischief taught the muri the common tongue of her land. She gave them books and maps and tokens and trinkets to acclimate them to her realm. And when the time was right, she started sending muri through planefalls to the Material Plane. Muri are now appearing in small groups in cities throughout Asarus. They speak decent Vavalish, and know enough about the world to get by. It is thought that the first muri appeared in Dragonheart, Isild, but who can say with any amount of certainty?

And what do they want? Well. They go to the market and buy bread. They rent apartments and search for work. They drink at the local tavern. They join organizations and declare their allegiances as they see fit. They are establishing their place in society one muri at a time. Many seem to be driven forward by a greater cause – an insatiable desire to explore, perhaps, or maybe to fulfill a request given to them by Lady Mischief herself – but most are merely looking for a home.

To check out the new D&D 5e Veiled Shadow Warlock Patron, feel free to head over to our…