You Only Live Once –

Perma-Death in Dungeons and Dragons 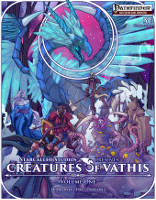 The arguments over the effects of death in Dungeons and Dragons are about as storied and diverse as the pages of the monster manual. So many Dungeon Masters know that this is something that they need to approach cautiously, due to the taboo nature of killing a player character. While it may feel bad, it should be a logical and PROBABLE outcome, if you truly consider the realistic functions of swords, fireballs, and pools of acid.

I understand that this is a fantasy game, and player power is supposed to be supreme, but when players lose the fear of death, you lose one of your most powerful weapons for creating thrilling and engaging content. The minute your players can afford the 1,000 GP cost and have access to the spell, they will usually become more reckless, more hack and slash and less likely to enjoy the game, as it becomes just another video game with infinite respawns.

Many DM’s of a higher caliber than myself have spoken on this topic, in depth, and at great length. Matthew Mercer of Critical Role went so far as to create the official, but optional rules for resurrection in his Tal’Dorei Campaign Setting that impose serious penalties, and as death becomes more of an everyday occurrence, it becomes harder with each subsequent death. I like the concept but with enough levels, cooperation checks and diamonds – you still end up with players that can be restored to full power fairly easily.

What is a DM to do? Death is likely, and no player wants to lose their beloved mustachioed dwarven fast-food model and have to start from scratch. To me, that is a major part of the appeal of Dungeons and Dragons, actions have consequences and the consequences of the death of player characters should be severe. I feel it builds tension and fear, but at the same time makes the actions of the heroes all that more special. Knowing death is permanent makes every decision and every action have weight.

I wanted to cover a few death systems that I have used previously, and found to be very good at stressing the importance of a players actions.

Marcus Aurelius once said “It is not death that a man should fear, but he should fear never beginning to live,” and I feel this holds a profound truth for playing Dungeons and Dragons the way it was meant to be played. Just like in life, choosing to fight for a cause like freedom or patriotism, akin to many of our veterans, that choice is all the more meaningful as the threat of death is very real. Every day they train, they plan and work hard to survive another day. Knowing that you can save the life of a fellow marine at the cost of your own is something all military members have contemplated.

That sacrifice is necessary to save lives is horrible, but a universal truth in many ways. Not everyone makes it out of combat alive, and player characters should know this. Regardless, they CHOOSE to take this risk for something they believe in, with the knowledge that the next monster could be the very end. When playing in a perma-death campaign, every player death should have to mean something and not be common. But when the story, the encounter or the feel of a session requires it, a true death for a player crushes the hearts of others but their noble sacrifice will lead to the salvation of others.

A character who chooses to stay behind and detonate the magical bomb, or a player who will “Hold the door” so that the party can escape and live to fight another day is a sacrifice that brings a characters arc to a close and builds the legend of that character in the minds of everyone at the table. Years later, you will remember fondly when Saint Timberlake destroyed the great evil and saved the world.

Death as a narrative tool – Saving the souls of the damned

Sometimes, you will have a group of players who just won’t want to let an Ally just rot in the depths of the dungeon. They refuse to accept the death of a comrade but do not have the tools or the means to resurrect their ally. Obviously, their body was totally obliterated and their soul is in question. What can a group do now?

A journey to the underworld to recover the soul of their fallen ally! This was used in several novels and even by Aquisitions Inc. as a major story arc in 2010. They were required to recover the soul of Aeofel, who was Wil Wheaton’s character before they could resurrect him. It was a true hero’s journey as the player characters labored and fought to reach the soul in another plane. It was hectic, it was exciting and most of all, his resurrection served the story, not the other way around.

It was handled extremely well and was one my favorite moments from Aquisitions Inc.

Resurrection with an extremely limited number of uses

This is somewhat similar to the method in Matthew Mercer’s Tal’Dorei setting, but I prefer to limit it even further. There is a hard cap on the resurrection, and that number can be whatever you want. I recommend 2 full resurrections, and then the damage begins. Every Res after number 2 begins significantly impacting the character. Major stat changes to primary attributes, complete loss of skill training/ranks etc. It needs to be severe enough that every time a character is raised from the dead, their souls become less willing to make the return trip.

The RAW (rules as written) for Resurrection states: “If its soul is free and willing” – this should be a key storytelling component. Sure, you can be resurrected, but each time comes at a significant cost and the process is so dangerous and painful that a soul would rather move on than live to fight another day.

I like this as it is a play on the wording of the official spell, giving it an unintentional opportunity to raise the stakes. Nothing is more soul-crushing for a party than after a long, protracted ritual for a player to decide that the shriveled husk of flesh they are becoming with each resurrection is just not worth keeping the character around anymore.